You can hear the reporter tell viewers, "I just got hit by a car, but I'm OK."
WTVD 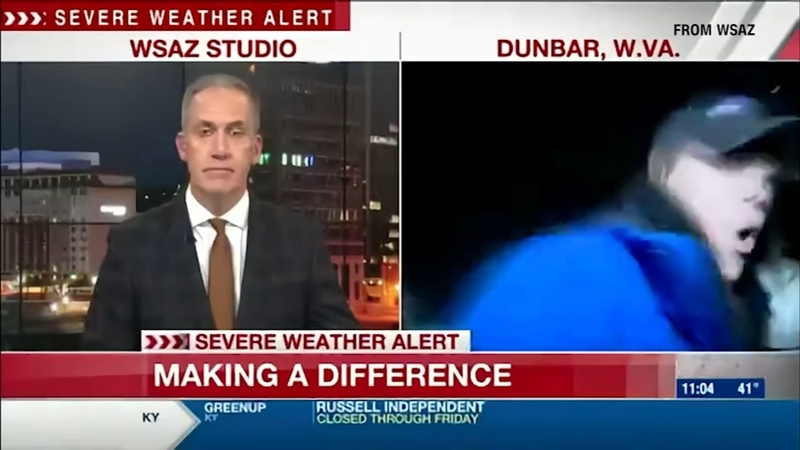 DUNBAR, West Virginia -- Shocking video of a reporter in West Virginia getting hit by a car on live television is circulating on social media and has raised concerns regarding the safety of television crews.

Tori Yorgey, a reporter for the NBC-affiliated TV station in Huntington, West Virginia, was on the scene of a water main break when a vehicle struck her from behind.

You can hear the Philadelphia native say, "I just got hit by a car, but I'm OK."

The camera is seen falling to the ground, but Yorgey maintained her composure and continued reporting.

She goes on to tell viewers that she was struck by a vehicle during college as she continued her report.

According to WSAZ-TV's website, Yorgey started working for the station in December 2018. She told viewers this was her last week at WSAZ.

According to her Twitter account, she has accepted a job as a reporter in Pittsburgh and is set to start in February.

I will miss everyone in this Tri-State, but am so excited for what's ahead. Thank you to everyone for the support these last three years!