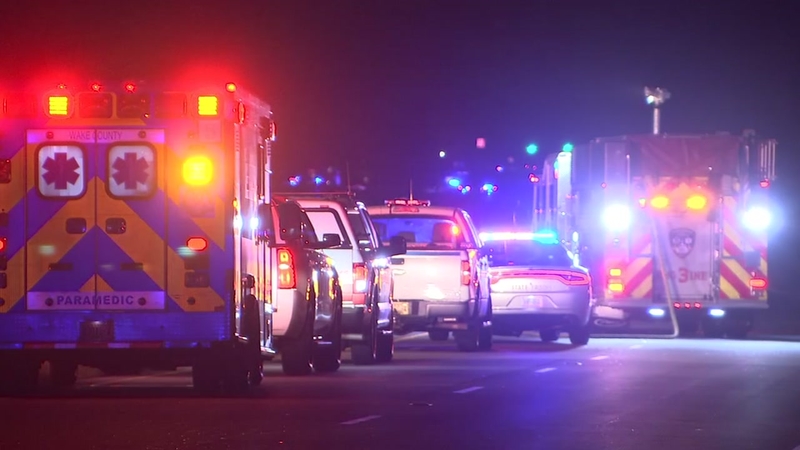 Chemical spill shuts down US 1 in Wake Forest

WAKE FOREST, N.C. (WTVD) -- Capital Boulevard was shut down Wednesday night for hours from Purnell Road to Stadium Drive because of a possible hazardous chemical leak from a tractor trailer.

The big rig was driving eastbound on Purnell Road when it began leaking what was later described as a "type of cleaning product."

The truck left a trail of the fluid from Purnell Road onto Capital Boulevard where it headed southbound. The driver pulled the truck over at Capital Boulevard and Club Villas, where Wake Forest Police and Fire along with a Wake County HazMat team responded.

First responders could be heard over radio scanners referring to the unknown fluid as a corrosive chemical. But a Wake Forest spokesperson later told ABC11 that there was no immediate danger to the public because of the chemical.

There are hundreds of residents who live along this stretch of Capital. In the hours before the fluid was identified, Many nearby neighbors wondered if they needed to evacuate.

"If it's airborne, something chemical I would like to know so I can get my family out and go stay in a hotel for the night," said Brian Arsenuo who lives near the spill on Capital. "I don't think (police) know either, and if they do they're not saying anything."

The biggest impact Wednesday night has been to traffic. Hundreds of drivers were forced to turn around and find another route home and away from the spill on this major Raleigh-Wake Forest thoroughfare.

In addition to the closure in the north and southbound lanes of Capital, police later closed Purnell Road as well because of the spilled fluid there.