I-40 ranked one of the deadliest highways for summer travel 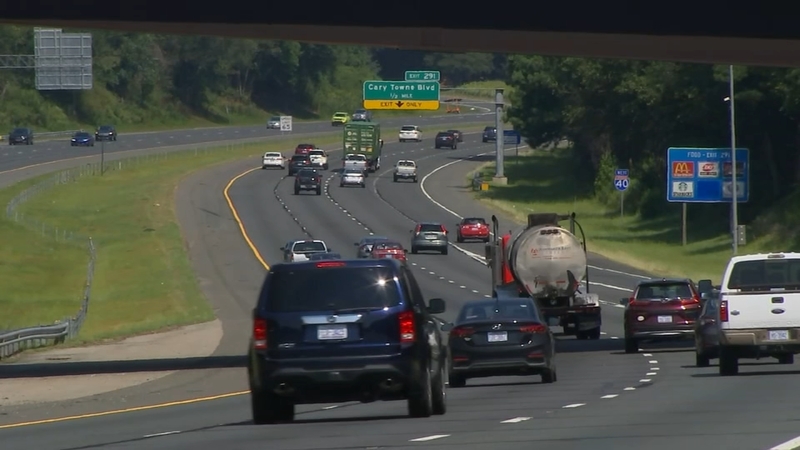 I-40 ranked one of the deadliest highways for summer travel

NORTH CAROLINA (WTVD) -- According to a new study, Interstate 40 is one of the deadliest highways for summer travel.

ASecureLife.com also ranked it as the deadliest highway in North Carolina.

The study focused on travel in the months of May to September from 2015-2017.

During that time, the organization found that there were 61 fatalities on the roadway in North Carolina.

Sgt. Chris Knox of North Carolina State Highway Patrol said speed is often a contributing factor in the worst crashes. However, he pointed out that I-40 ranks as the deadliest road in the state on this study because it is one of the most traveled roads in the state.

"So you have moms and dads, grandparents that are driving--many times, children in the car," Knox said. "We want them to be vigilant of their speed, because a lot of times, the driver's not the one who dies in one of these serious crashes. It could be one of your passengers."

Other deadly highways in the Tar Heel state include I-85 with 50 deaths and US-64 with 40.

ASecureLife found the deadliest summertime highway to be I-5 in California.

There were 192 reported deaths on the highway, which connects the northern and southern parts of California.

The study found that speed was a major factor in many of the traffic-related fatalities.

Drivers are encouraged to drive the speed limit and be aware of their surroundings.

"There are a lot of things you can do to keep yourself from becoming one of these statistics. Decreasing your speed, avoiding distractions, and not falling prey to any substances," Knox said.
Report a correction or typo
Related topics:
travelwake countyorange countydurham countytraffic fatalitiestraveli 40traffic accidentnorth carolina news
Copyright © 2021 WTVD-TV. All Rights Reserved.
TOP STORIES
Husband of missing Sampson County woman caught after I-40 chase
LATEST: NC COVID lottery winner selected, not yet ID'd
Why officials are concerned about unvaccinated population in the South
Black WWII veteran who was denied Purple Heart finally gets it at 99
Harris to make first trip to US-Mexico border as VP this week
2-year-old killed on Detroit interstate in case of mistaken identity
Home prices in US hit another record, but sales are slowing down
Show More
Supreme Court rules for Pa. cheerleader in Snapchat case
Lowest paying Apple jobs in RTP will be $133,000 a year
Report: Hannah-Jones won't come to UNC without tenure position
Garner woman wins $100,000 lottery prize
Bill raising minimum NC marriage age to 16 passes House committee
More TOP STORIES News