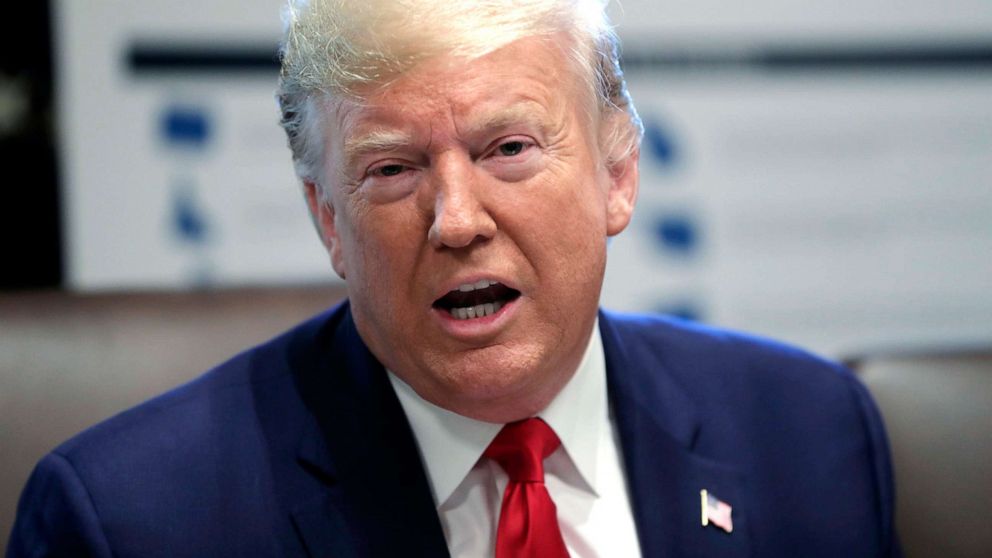 A check of his previous tweets and public statements showed that this appeared to be the first time he has used the term as president.

"So some day, if a Democrat becomes President and the Republicans win the House, even by a tiny margin, they can impeach the President, without due process or fairness or any legal rights," he wrote. "All Republicans must remember what they are witnessing here - a lynching. But we will WIN!"

This tweet from the president came amid a series of tweets apparently quoting programming on "Fox & Friends," which included accounts about polling on impeachment and about former Secretary of State Hillary Clinton.

While he has previously referred to both the impeachment inquiry and Mueller probe as a "coup," Tuesday's comments appear to be the first time Trump has publicly used the word "lynching" to describe the investigations into his potential misconduct in office.

Trump's allies, however, have used variations of the the word in such a context.

Reaction to the president's tweet was swift and bipartisan.

Republican Rep. Adam Kinzinger of Illinois said the word referred to a "painful scourge in our history" and called on Trump to retract his statement.

"We can all disagree on the process, and argue merits. But never should we use terms like "lynching" here. The painful scourge in our history has no comparison to politics, and @realDonaldTrump should retract this immediately. May God help us to return to a better way," Kinzinger tweeted.

A top Democrat, House Majority Whip Jim Clyburn, D-S.C., said on CNN, ""That is one word no president ought to apply to himself. You know, I've studied presidential history quite a bit, and I don't know if we've ever seen anything quite like this."

"What the hell is wrong with you?" Rush tweeted.

On the campaign trail, former Housing and Urban Development Secretary and 2020 presidential candidate Julian Castro said the president's use of the word was "beyond shameful."

"It's beyond shameful to use the word 'lynching' to describe being held accountable for your actions," Castro tweeted.

The president's reference to "lynching" comes months after the Senate passed a bill that would make lynching a federal hate crime. The bill was introduced by Democratic Sens. Kamala Harris and Cory Booker -- both now presidential hopefuls -- and Republican Sen. Tim Scott of South Carolina.

The Justice for Victims of Lynching Act referred to lynching as having "succeeded slavery as the ultimate expression of racism in the United States following Reconstruction."

"Lynching is not a relic of a painful past -- it is a present and pernicious evil that we still have yet to confront," Booker said in a statement in February.