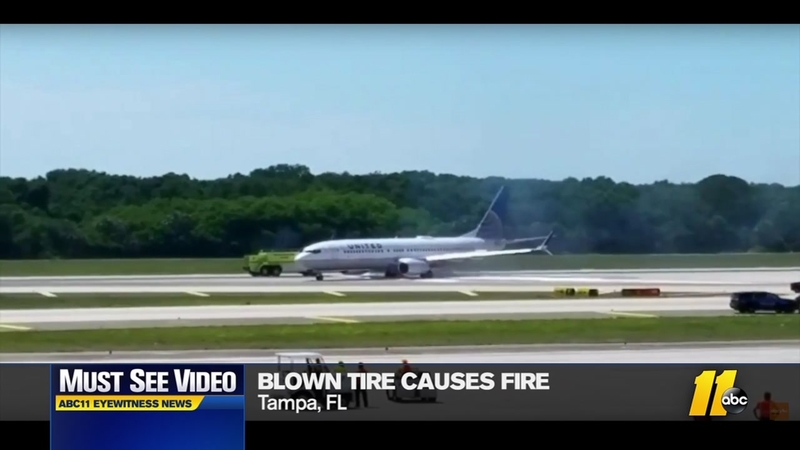 TAMPA, FL -- It was a frightening experience for passengers on a United Airlines flight Monday when a tire blew on takeoff, causing a small fire.

The flight was in Tampa, Florida and headed to Houston, Texas when the incident happened. According to the Tampa airport, all passengers were safely taken off the plane, and crews were able to put out the fire.

Shortly after it happened, passengers began tweeting. One with whom spoke with ABC11's sister-station KTRK and said everyone was OK, and that the United staff was very professional when it happened.

United released a statement, saying "Flight 1948 from Tampa to Houston today experienced a blown tire prior to take off. There were no injuries. Passengers deplaned via air stairs and were transported by bus to the terminal where we are working as quickly as possible to get them on their way to Houston this evening. We will substitute another aircraft to operate the flight which is now scheduled to depart Tampa at 10 p.m."