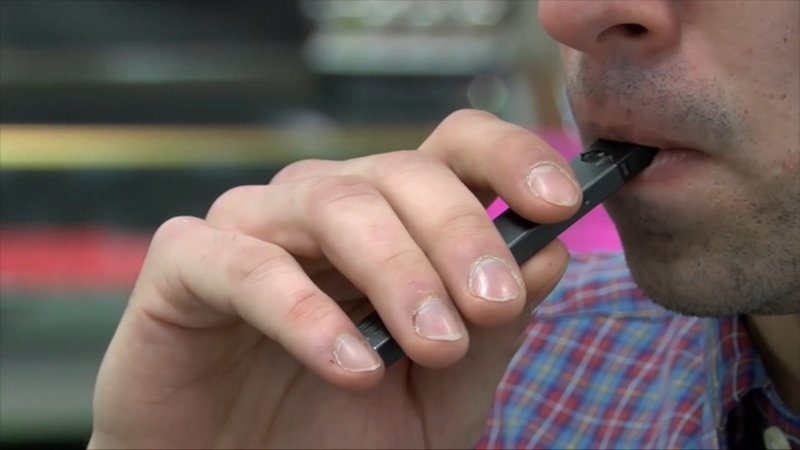 WASHINGTON, D.C. -- People across the nation may see the legal age to buy tobacco products rise from 18 to 21 by Friday.

The change would make it illegal for anyone under 21 to purchase any form of tobacco products, including vape and e-cigarette products. The measure follows nationwide concern about an increase in vaping use among young people and health-related illnesses.

The measure now heads to President's Trump's desk for a signature to avoid another government shutdown.

"It means that the federal government is really starting to see that there's an epidemic of young people who are using e-cigarettes and they're taking it seriously," said Morgan Gramann, the executive director of NC Alliance for Health. "It's definitely a step in the right direction though not the only thing that needs to be done to curb this epidemic."

RELATED: 3 things you might be getting wrong about the vaping epidemic

In North Carolina alone, research shows that e-cigarette usage among NC high schoolers has increased by more than 800 percent.

"I think it will absolutely save lives: I don't think it will be the end all be all. I think there's a lot more work to be done but I think it's a step in the right direction," Gramann said.

RELATED: E-Cigarette use among NC high schoolers has increased by more than 800 percent, study says

"This package of appropriations bills includes resources for critical domestic priorities that our entire nation will benefit from receiving. I am proud to have supported these bills and pleased that, as a result of our bipartisan efforts, we were able to come to an agreement and pass them ahead of our funding deadline. Thank you to my colleagues on both sides of the aisle. I look forward to President Trump signing this legislation into law," Appropriations Chairman Richard Shelby said in a statement Thursday.

New law signed soon will raise age for people to buy tobacco products from 18 to 21. Advocates this is a huge win. Your thoughts? #abc11 #tobacco pic.twitter.com/pmvJKGqCz0