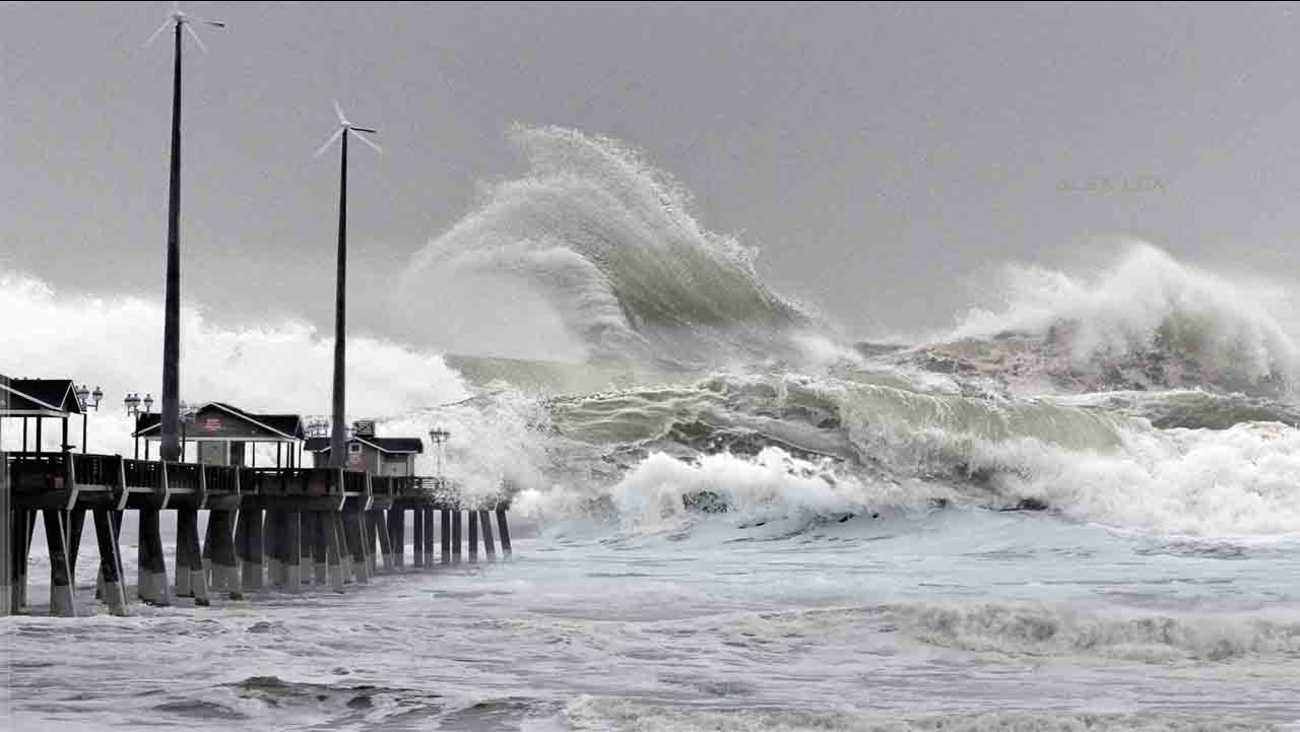 NAGS HEAD, North Carolina (WTVD) -- A photo of monstrous waves crashing over a pier in the Outer Banks has gone viral; however, pier officials are saying the photo is a fake.

It's not a secret that hurricanes can be destructive, bringing high winds, heavy rains, and huge waves with them.

And even though the frightening image does look realistic, pier officials took to their Facebook page claiming that it's Photoshopped.

"Hurricane Jose -- The worst of the storm is brushing past the Outer Banks and we're experiencing high winds, waves and ocean over wash in several places along N.C. 12 in Nags Head. Ocean waves are not, however, crashing over the end of the pier as portrayed on social media by a local photographer," they posted.

However, the group has supported Lex's photography in the past. In January, officials even asked to share an image he had Photoshopped.

In fact, other pictures he has posted share the same kind of photo manipulation - taking actual scenes from the Outer Banks and adding an unreal or unrealistic element to them.

Earlier in September, he posted a picture about a new roller coaster near the Cape Hatteras lighthouse, leaving many to question - "When did Hatteras get a roller coaster?"

Many of his fans know him as a "satirical photographer," and they quickly came to his defense in the comments saying the image was altered but "breathtaking."

"Sorry guys, I don't try to scary nobody," he told ABC11. "I post photos only on OBX local pages, so all the people around know me and my photos. I never expected that it was gonna go viral."

However, he said the public has a responsibility to know what they're sharing.

"Don't get my pictures to serious," he said. "And next time, before someone what's to share my photos, they should know they are Photoshopped...Photoshop is my hobby, so I just try to improve my skills."