ABC11 Exclusive: Sheriff Baker explains why he fired deputy whose father is running for his job 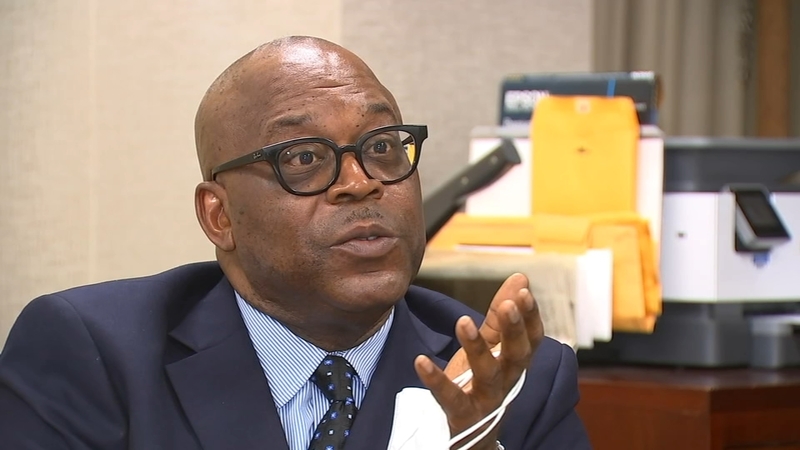 Last month, he turned in his resignation. However, he was surprised that his son, a patrol deputy, was fired within 48 hours.

In an ABC11 exclusive, Baker explained why.

"I can understand what he is saying and his viewpoint, but there should have been a conversation in between to get understanding," Keenan Herring said.

Herring, a Wake County Sheriff's deputy for nearly five years is off the job, not for doing a bad one, but rather he says for his connection and off-duty campaigning for his father.

"I would have simply told him that politics and my job don't mix," said Keenan Herring.

Baker told ABC11 that another factor in firing Herring just 48 hours after his father resigned and announced his campaign was Keenan Herring's dislike for his new reassignment from the warrants unit to the patrol division.

"When you are in tune to your office, and I am, I pay attention," Baker said. "He is not going to admit that, but I know that. And he knows it."

Cedric Herring said the abrupt firing in the middle of a severe staff shortage caused by resignations and lack of retention is an example of a broken sheriff's office in crisis.

"If he can't do things that are right, right now when dealing with his own employees, how can we expect him to do what's right when dealing with the citizens of this county?" Cedric Herring said. "The issue is we have eight deputies assigned to the patrol division in 2022, in this county. That's 857 square miles with 1.2 million people living here."

"We have to make sure we are serving this county in every area," Baker said. "That job is getting done out there with the number of deputies.

"They're here trying to make me out to be the bad guy. But I am here to make sure that this organization is running as an organization first as opposed to what individual people want, and expect or feel entitled to," Baker added. "There were things like that in the past, but those are things I'm seeking to change."

By law, the sheriff can hire and fire at his discretion.

Nine candidates are running for sheriff, including Baker, Herring and the former sheriff, Donnie Harrison.