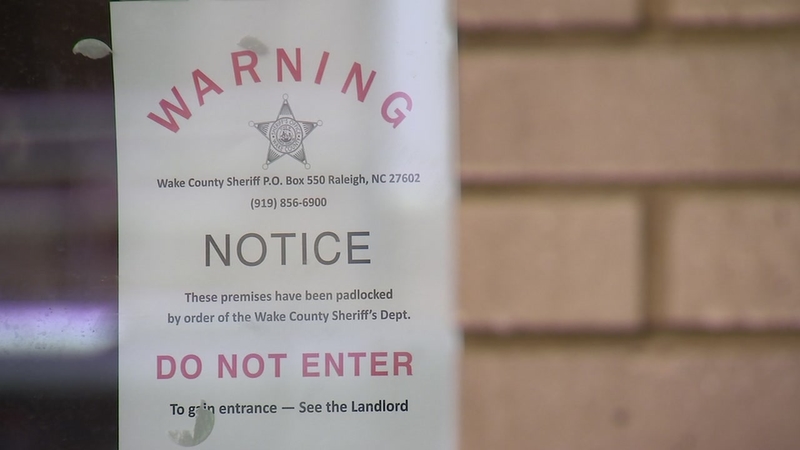 RALEIGH (WTVD) -- Downtown Raleigh's Wahlburgers restaurant is out of business after being open for only seven months.

The celebrity burger franchise, started by Mark, Donnie and Paul Wahlberg in their hometown of Boston, opened next door to the ABC11 newsroom on Fayetteville Street in May.

The restaurant is currently involved in a lawsuit but the property manager didn't elaborate on the details of the suit when talking to ABC11.

A Wake County Sheriff's Office sign that says "Do Not Enter" was placed in the window Friday morning.

Though the restaurant has had plumbing issues in recent weeks, that was not the reason behind the closure, the property manager said.

"Our family is excited to open our first North Carolina restaurant in Raleigh, and we appreciate the opportunity to become part of the community," said Wahlberg.

Wahlburgers initially planned to open in early 2017, but construction was not finished until more than a year later. Early buzz surrounding the restaurant's first North Carolina location appeared to fade by the time the location finally opened.