A look back at the 2017 hurricane season 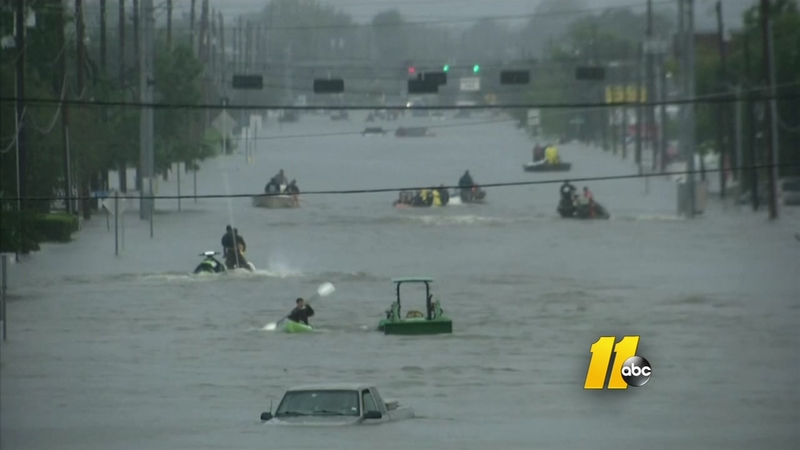 A look back at the 2017 hurricane season

Tropical Storm Harvey moved through the Caribbean harmlessly in late August, but rapidly intensified in the Gulf of Mexico.

It slammed into Texas on Aug. 26 as a Category 4 hurricane with 130 mph winds. It was the first major hurricane to strike the U.S. since Wilma in 2005, and the first Category 4 hurricane to batter Texas since 1961. Wind and storm surge damage was extensive on the middle Texas Coast, but dire predictions of catastrophic flooding came to fruition in Houston. Floodwaters submerged major highways, forced to residents to their roofs and attics, and overwhelmed emergency lines. The storm produced as much as 60 inches of rain, the highest recorded for any tropical system in the U.S. Harvey killed over 100 people, including 30 in the Houston area.

Just as Harvey slammed into Texas, another Tropical Wave emerged off the coast of Africa, and by August 30 Tropical Storm Irma was born. The storm strengthened as it marched westward and was a rare category 5 monster by September 5 with 180 mph winds. The storm destroyed the island of Barbuda. It weakened a bit but barreled into the Florida Keys as a category 4 hurricane with 130 mph winds on September 10. It moved north along the west coast of Florida before dissipating over Georgia a few days later. Irma flattened parts of the Keys and killed 134 people, including 92 in the US.

Irma set some impressive records along its disastrous journey. It's the strongest Atlantic storm outside of the Gulf of Mexico or Caribbean on record. Its 180 mph winds lasted 37 hours, the longest on record for the world! Harvey and Irma were a 1-2 punch--two category 4 hurricanes hit the US in the span of two weeks, that's never happened before.

After Irma, three more storms menaced the Atlantic basin, but it wasn't until Maria that catastrophe struck again. Maria developed in the Atlantic on September 16, and intensified rapidly into another monster category 5 hurricane. The storm pummeled Dominica on September 19 with 165 mph winds and then set its sights on Puerto Rico. Maria crashed in to Puerto Rico on September 20 with 155 mph winds and a devastating storm surge. The storm moved north and weakened, and passed well east of North Carolina a few days later. The damage Maria left behind was incredible. Every structure on Dominica was damaged or destroyed. And in Puerto Rico, the suffering Maria caused was heartbreaking. The island's already ailing electrical grid was devastated, leaving all 3.4 million residents in the dark. Many structures were leveled, and floodwaters trapped thousands. The official death toll in Puerto Rico is 64, but many officials believe the actual number of fatalities is closer to 1000.

There were four more storms after Maria, but none were catastrophic. The 2017 hurricane season was the costliest on record--a staggering 282 billion dollars in damage. And most of that damage was caused by Harvey, Irma, and Maria. The toll on survivors and those that lost loved ones in these ferocious storms is immeasurable
Report a correction or typo
Related topics:
weatherweatherhurricane
Copyright © 2021 WTVD-TV. All Rights Reserved.
HURRICANE
Storm damage in NC: Elsa topples trees, power lines
Tropical Storm Elsa moves northward out of North Carolina
TIMELINE: TS Warnings issued for NC coast ahead of Elsa's arrival
Emergency managers worry about tornadoes, tourists as Elsa nears
TOP STORIES
Dueling petitions fuel mask debate in Wake County schools
Ammunition shelves bare as US gun sales continue to soar
Do I need to get tested for COVID-19 if I'm vaccinated?
Family decries controversial arrest of Texas teen
Durham officer shoots dog after it attacks woman, police say
Titanic wreckage 'rapidly' deteriorating, researchers say
Show More
24-year-old killed in drive-by shooting on US 70 in Garner: Police
NCCU is back on the football field after missing out on last season
Durham church offering backpacks and school supplies to families
Florida new national epicenter after record number of new COVID cases
LATEST: NC eviction moratorium set to expire July 31
More TOP STORIES News