Drought conditions expand across most of North Carolina 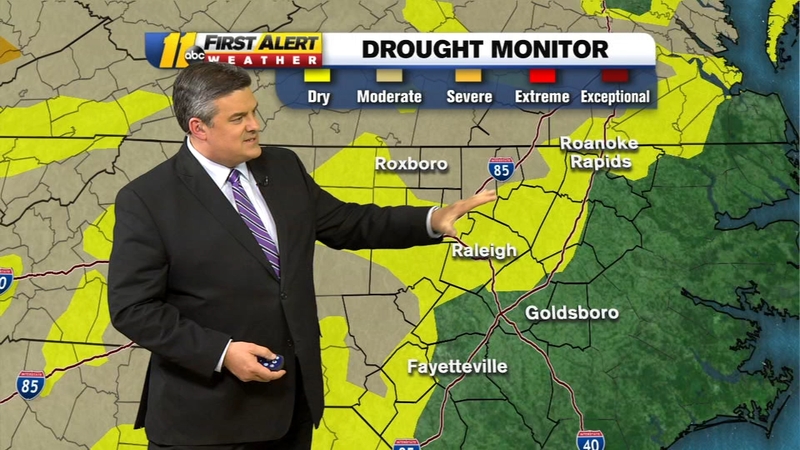 The United States Geological Survey announced Thursday that most of North Carolina is dealing with drought conditions.

A dry September has pushed dry and moderate drought conditions from the mountains as far east as Johnston, Wilson, and Northampton counties.

We all know it's been dry this month. Look at the latest #drought monitor from @USGS The 'moderate' drought areas have expanded into our area. And the only reason the SE part is still green is because of #dorian and the rain it brought. #ncwx pic.twitter.com/j1IEwD9JJr

Nearly half of the state's counties are experiencing a moderate drought.

Klaus Albertin is chairman of the N.C. Drought Management Advisory Council . He said in a news release issued by the Department of Environmental Quality on Thursday that water supplies, agriculture, fire threat and streamflows statewide are beginning to reflect the lack of precipitation.

Forty-five counties in the western and central parts of the state are in moderate drought stage, the least detrimental of four categories used in federal drought maps.

Twenty-two counties are experiencing abnormally dry conditions, which means a drought could emerge without adequate rainfall.