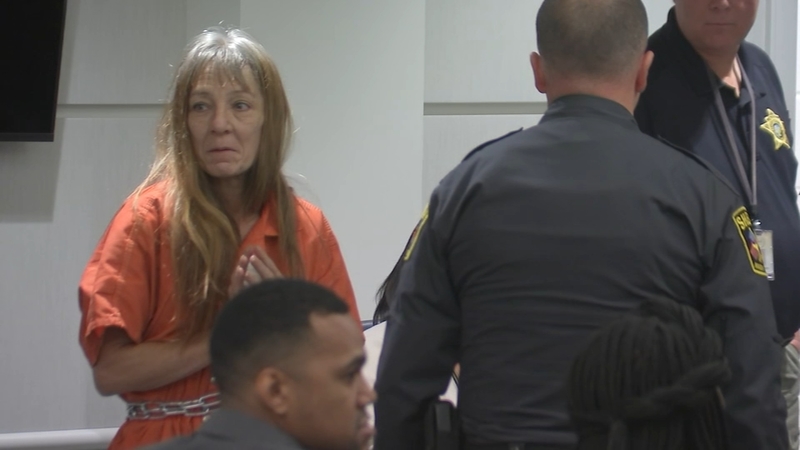 SPRING HOPE, N.C. (WTVD) -- Authorities in Nash County made a break in a 15-year-old cold case on Thursday, finding the remains of a missing woman and charging a suspect with murder.

Deputies found remains strongly believed to be that of Deborah Elaine Deans, who has been missing since 2004.

Deputies arrested and charged 49-year-old Kimberly Hancock with one count of first-degree murder in the death of Deans, a mother of four. Authorities said Deans and Hancock were sisters-in-law and briefly lived together.

Online records indicate Hancock, then known by Kimberly Kay Privette, was charged with manslaughter in March of 1989, but got a suspended sentence. The Sheriff's Office says she killed her father after there was abuse in the relationship.

#BREAKING: Kimberly Hancock, 49 years old, arrested and charged with the first degree murder of Deborah Deans who was last seen in 2004 at Hancock’s house in Spring Hope. Investigators suspect the remains found at the home are Deans’. Still awaiting forensic ID. #abc11 pic.twitter.com/BiChYUb7xI

Deans was 29 at the time of her disappearance.

ON SCENE-#Breaking-Authorities believe they have a break in a 14-year-old cold case in Nash County. They found remains in Spring Hope. They believe it could belong to Deborah Deans, reported missing in 2004. #abc11 pic.twitter.com/I9KFBAzthh

The remains were found at Hancock's home on Wiley Road in Spring Hope. After several hours of interrogation, Hancock went from a person of interest to the prime suspect in the murder. Deans was last seen at Hancock's home.

Nash County Sheriff Keith Stone said they started receiving information about a week ago about a possible body in the area.

On Thursday, investigators determined that they had enough information to prepare a search warrant.

Stone said the body was buried in a shallow grave.

"What we found is it appears to be the remains of one person that was in a shallow grave, wrapped in debris in the backyard here," Stone said.

Since human remains were found, the search has been halted until a forensic pathologist responds to the scene.

"We were able to paint the picture of what actually happened 15 years ago and we wanted to verify some information with her," said Nash County Chief Deputy Brandon Medina. "Based on that information, we were able to obtain a warrant."

At a court appearance Friday, Hancock requested a court-appointed attorney.