WTVD
By Tim Pulliam
ATLANTIC BEACH, N.C. (WTVD) -- Erin Peoples is mourning the loss of her son and boyfriend after they got swept up in a rip current while visiting Atlantic Beach on Tuesday.

Peoples told ABC11 that she went to the beach with her 5-year-old son, Liam, and her 24-year-old boyfriend, Austin "Catfish" Potter, hoping to make some family memories.

Liam is the youngest victim in the Tuesday’s drowning. His mom shared pictures with me. Her boyfriend, Austin Potter drowned trying to save him. Liam would have started Kindergarten this Fall. Mom says he was always smiling. He leaves behind a big brother. https://t.co/C3XybHeLiq pic.twitter.com/F0AGt13dIL

But her day that was meant to be some fun in the sun quickly turned to tragedy.

Peoples said they were unaware that swimming conditions were going to be rough Tuesday; however, she said yellow flags were raised.

"He decided we're going to take Liam out to swim," she said. "And when I say swim I mean stand in the water. Liam wasn't old enough or big enough to be swimming at this point." 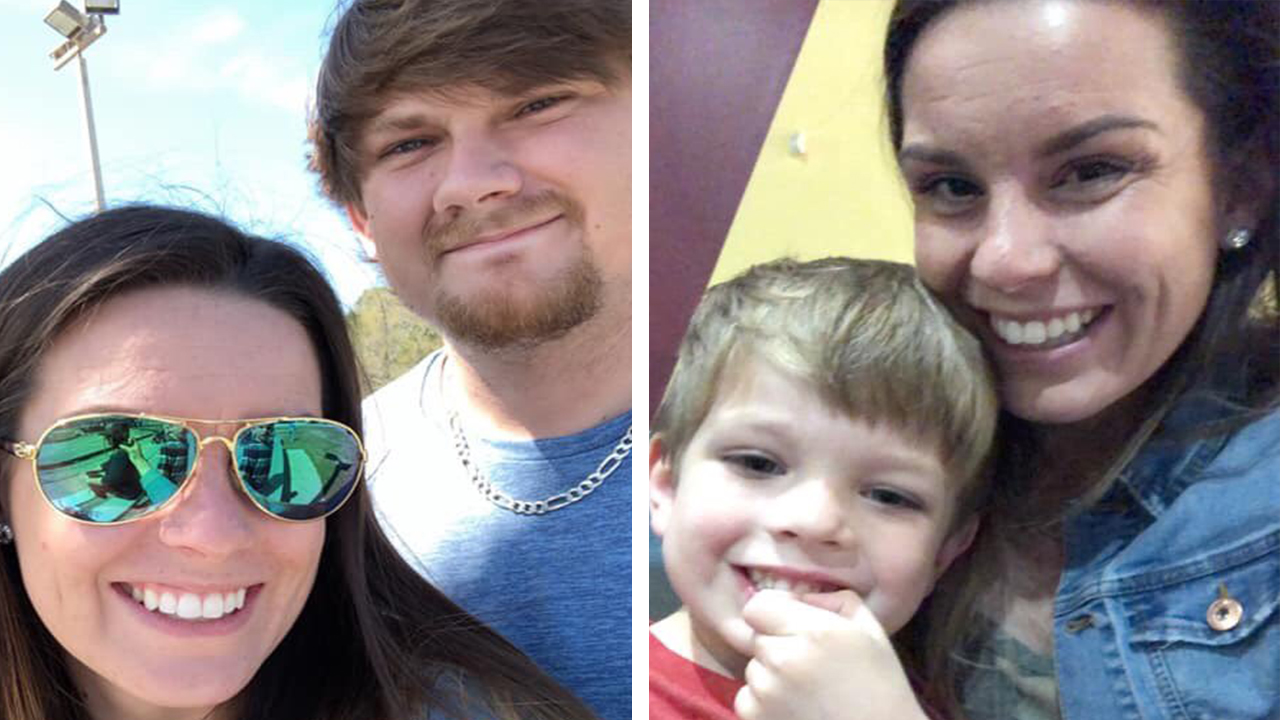 "They were knee deep where Liam could touch, where Liam could be because he was little," she continued. "And Austin knew that. Austin would never put him in a situation where he couldn't handle it."

But then the water got rough.

After seeing the little boy start to struggle, Potter sprang into action.

But it was too late, Liam and Potter were swept away.

Peoples said they were teaching Liam how to swim so they were keeping a close eye on him.

She said Potter, who was a great swimmer, couldn't even handle the strength of the ocean that day.

Peoples said she's not ready to let her son go, and added that the hardest part was telling his 9-year-old brother that he wasn't coming home.

"I think that was probably one of the most heartbreaking amongst everything else is having to come home telling him his best friend wouldn't be coming home," she said.

She said Liam was a happy kid, always smiling and happy. He loved being outdoors and playing soccer and video games.

"He wanted to be just like his big brother," she said.

DJ Okkrse, Liam's father, said he doesn't want anyone to ever have to experience the pain he is feeling now.

"I'm playing the strong role right now for his mom and for my oldest kid. But it's destroyed me," he said. "Absolutely destroyed me. This isn't a pain that you can describe."

He added that Potter treated Liam like he was his own child.

"Another man willing to step in and be a role as a stepfather and do what he had to do. Austin was an amazing man. Amazing man," he said.

Potter's sister, Samantha, said he died saving someone he loved.

"He used his last breath to help somebody else," she said. "That was a poor little defenseless kid and he loved him."
Report a correction or typo
Related topics:
ncjohnston countydrowningchild deathswimmingrip currentatlantic beachjohnston county news
Copyright © 2020 WTVD-TV. All Rights Reserved.
More Videos
From CNN Newsource affiliates
TOP STORIES