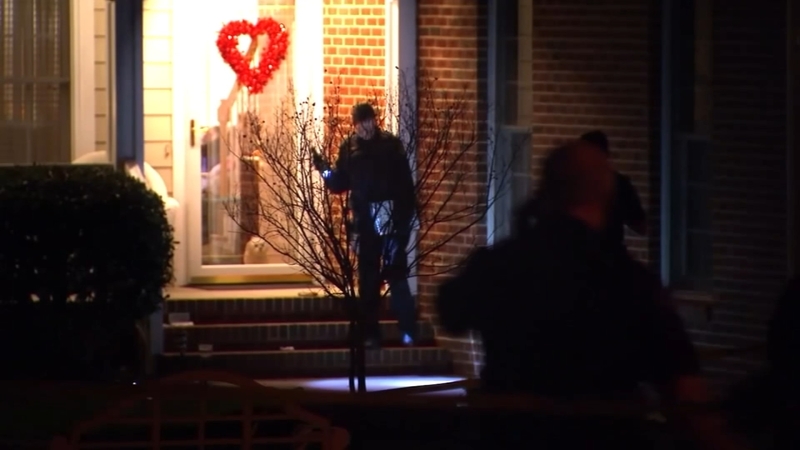 WAKE FOREST, N.C. (WTVD) -- A 38-year-old Raleigh woman has been charged in a Wake Forest stabbing that left one man dead and two women hospitalized.

Nelson is being treated at a medical facility, officials said. Upon release, she will be charged with murder and two counts of assault with a deadly weapon with intent to kill inflicting serious injury.

The stabbing happened in the 1100 block of Fairway Villas off Capital Boulevard near the Wake Forest Country Club just after 7:30 p.m.

Two women and Terry Carter were transported to the hospital where Carter later died from his injuries.

The conditions of the two women are not known.

Just arrived at this stabbing scene in @WakeForest_NC. Police say 3 people were stabbed in 1100 block of fairway villas. All 3 taken to hospital with unknown injuries. #abc11 #breaking pic.twitter.com/YWtcJo64DX

Police do not believe the stabbing was random.

The Orange County Sheriff's Office said in the hours after the incident, a woman covered in blood entered a Mebane convenience store saying she was stabbed in the incident.

Deputies arrived at the Popp Shoppe and determined the woman was not injured and the blood was not her own. The woman was taken to UNC Hospital.

"It is our belief that this woman is a material witness if not a participant of a crime that occurred in Wake Forest; to assist Wake Forest police, we have detained this individual so that they can come to Orange County, speak to her and determine her involvement in the crime," Orange County Sheriff Blackwood said.