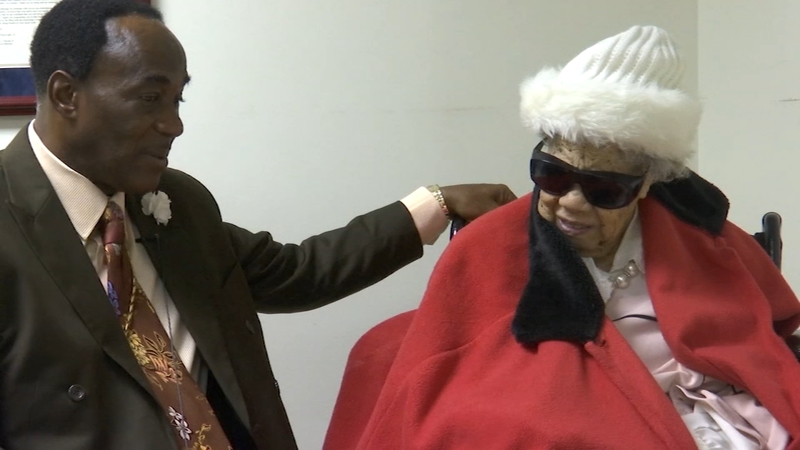 FAYETTEVILLE, N.C. (WTVD) -- It was just a week ago that Gertrude Stackhouse,102, cast her vote for the first time ever. The Fayetteville native is the daughter and widow of sharecroppers and the granddaughter of a runaway slave.

When she finally had the opportunity to attend school, she was old enough to be in seventh grade, but abruptly left because she had to help support her family on the farm. As an adult , she worked as a nanny to white families in order to feed her nine children.

At 102 years old, some things escapes her memory. According to her son, fear kept his mother from voting all these years. Her brother went missing as a teenager and was believed to have been beaten and killed by white men in the community.

Gertrude Stackhouse is a woman of few words, but on Friday she made sure her voice could be heard loud and clear by participating in the 2020 presidential election for the first time ever.

Trauma, along with the lack of education, kept many African Americans from voting in the Jim Crow south. They were also victims of land theft, unknowingly signing over their property.

"Because they couldn't read and write, they'd trick you out of the land," said Gertrude Stackhouse. "They'd take your hand and write your name."

She has been blind for more than 20 years. When she voted for the first time ever last week, she understood finally the value in using her voice.

"Somebody came by today or yesterday with a newspaper wanting her to autograph that article," said Clinton Stackhouse.