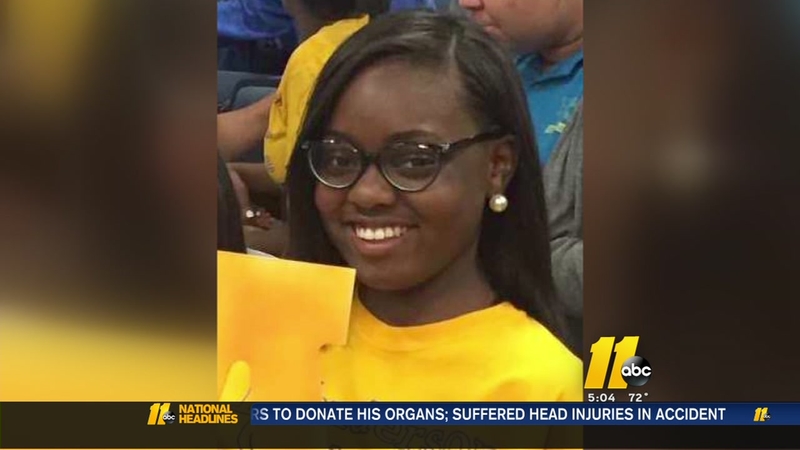 HENDERSON, N.C. (WTVD) -- A 16-year-old girl was killed in a crash in Henderson during the weekend, one day before her 17th birthday.

Two other teens were also seriously hurt in the wreck on Highway 1.

The mother of one of the teens spoke exclusively to ABC11 on Monday.

"I'm sending out a message to him," said Stephanie Brown. "I'm coming for you. You're not going to get away with this."

Brown was lashing out at the driver who was at fault for the deadly crash.

Her teenage son, Elijah, is now clinging to life.

Authorities in Vance County say a 16-year-old girl was killed in a car crash.

Brown and three friends were headed home from dinner and a movie when investigators say 29-year-old Ryan Lee Matthew Taylor failed to slow down behind the teens.

Brown, unbuckled in the back seat, suffered a severe head injury.

His classmate, 16-year-old Kasi Thompson, who the group was celebrating, was ejected from the vehicle.

She died the day before her 17th birthday.

Teachers and administrators at Henderson Collegiate School where the four students attended are in complete shock and devastation.

Thompson was one of the first students to attend the charter school.

"She had a really good sense of humor," said Executive Director Eric Sanchez. "She was a person that was just so easy going. That everybody gravitated toward her. She was a safe place."