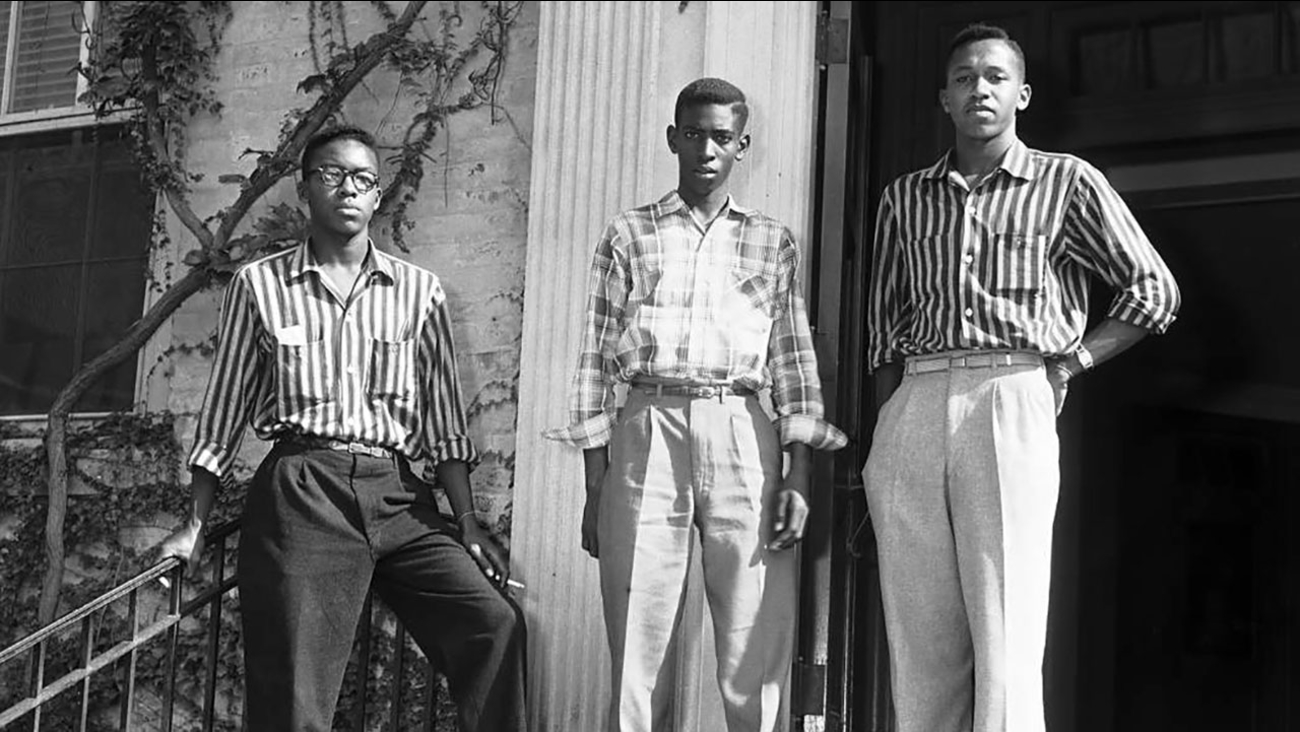 CHAPEL HILL, NC -- LeRoy Frasier, who along with his brother and another high school student was among the first black undergraduate students to successfully challenge racial segregation at UNC Chapel Hill, has died at the age of 80.

Frasier; his brother, Ralph; and John Lewis Brandon were students at Hillside High School in Durham when they applied to the University of North Carolina at Chapel Hill in 1955. They were rejected until a federal court judge ordered UNC-Chapel Hill to admit them.

Although UNC-Chapel Hill officially opened its doors to the three young men, they weren't welcomed everywhere. Ralph Frasier, 79, who lives in Jacksonville, Florida, recalled Tuesday that the golf course and the university-owned restaurant and hotel known as the Carolina Inn were off-limits. At football games, they were seated in a section with custodial workers, who were black. And the three lived on their own floor of a section of a dormitory.

They also had to get a special dispensation to use the swimming pool.

The Frasier brothers completed three years at Chapel Hill before Ralph left for the Army and LeRoy for the Peace Corps. Their harsh treatment at UNC Chapel Hill was one of the reasons they left the school, Ralph Frasier said.

The brothers were 14 months apart in age but Ralph Frasier started his education early. The two went through their school years in the same grade and attended UNC Chapel Hill at the same time. They spoke by phone almost every day and had last talked Christmas Day.

"We were best friends for life," Ralph Frasier said.

While four black students had been admitted to the law school when the Frasiers and Brandon applied, no black undergraduates had been accepted. Some UNC Chapel Hill students came to the Durham Committee on Negro Affairs to find students to challenge the school's racial recalcitrance, Ralph Frasier said. They met with the principal of Hillside High School, a black school, to find the right families.

They found families whose jobs couldn't be threatened, and the Frasier brothers' parents worked for North Carolina Mutual Life Insurance Co., which was owned by blacks. Their uncle was the chief executive officer so "it was felt their employment was pretty secure," Frasier said.

In the decade since the Frasiers and Brandon attended UNC Chapel Hill, the school has taken steps to make amends by inviting them to speak and naming scholarships after them.

School Chancellor Carol Folt said in an email Tuesday that LeRoy Frasier "was a true pioneer and historic figure in Carolina's history and his legacy of leadership, courage and self-sacrifice made a lasting impact on our university community. LeRoy's contributions to Carolina will live on through our students who receive scholarships bearing his name."

The school has changed, Ralph Frasier said, although he noted that the statue of a Confederate soldier called Silent Sam remains on campus.