FAYETTEVILLE (WTVD) -- A second suspect has been charged in connection with a September homicide and an attempted murder.

Fayetteville Police have obtained arrest warrants for Jonathan B. Dawson, 30, of the 60 block of East 97th Street, New York City.

Dawson is wanted in the death of Jaquan McBryde, 19, and the attempted murder of Paul Coleman, 18, on September 25 along Knotty Elm Loop.

Fayetteville man arrested in shooting that killed 1
Detectives with the Fayetteville Police Department's Homicide Unit have charged and arrested a suspect in connection with a recent homicide.

Detectives are encouraging Dawson's family and friends to have him to turn himself in to law enforcement.

1 dead,1 injured in Fayetteville shootings
Fayetteville police continue investigating shootings that left one person dead and another in critical condition. Police say it all happened in the Lafayette Park neighborhood. Officers responded to several reports of shots fired of Knotty Elm Loop and

Dawson is known to frequent the Raeford Road corridor and the Hoke County area. Detectives also ask that anyone with information concerning Dawson's whereabouts to contact law enforcement immediately as he is considered armed and dangerous.

Anyone with any information regarding the homicide and shooting is asked to contact Detective J. Littlejohn with the Fayetteville Police Department at (910) 818-3468 or Crimestoppers at (910) 483-TIPS (8477). Crimestoppers information can also be submitted electronically by visiting http://fay-nccrimestoppers.org and completing the anonymous online tip sheet, or by downloading the FREE "P3 Tips" app available for Apple devices in the Apple App Store and available for Android devices in Google Play.
Report a correction or typo
Related topics:
fayettevillecumberland countyattempted murderhomicidefayetteville police departmentfayetteville news
Copyright © 2021 WTVD-TV. All Rights Reserved.
RELATED 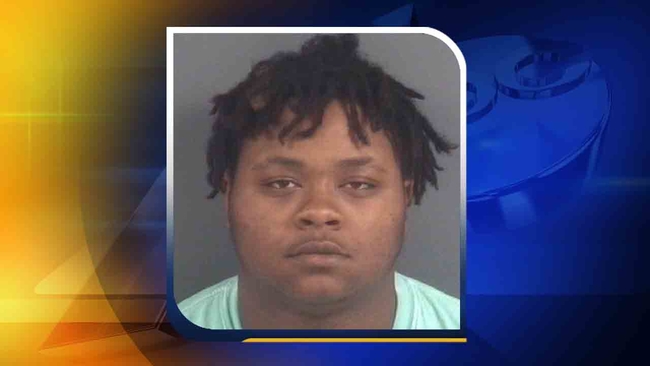