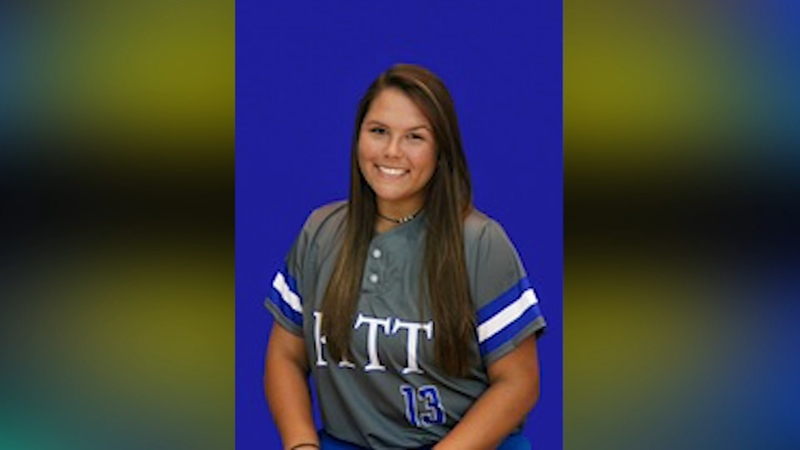 GREENVILLE, N.C. (WTVD) -- Four teens died when a box truck crossed a median and hit their vehicle head on in Pitt County.

North Carolina State Highway Patrol said it happened on US 264 west of Greenville just a few minutes before noon Thursday.

The box truck was traveling north on 264 when it ran off the road and crossed through the median. In the southbound lane was a car with five teenagers inside.

Highway Patrol identified the victims as Abby Foster, 18, JT Winstead, 17, Devin Wilson 15, and Madison Wilson, 18. The surviving teen was 16-year-old Dakota Wilson. All of the teens are from Tarboro, except Foster who is from Farmville.

Devin, Madison and Dakota were all siblings.

The Wilson's older brother is a deacon at Belvoir Free Will Baptist Church, where they attended.

Their pastor remembered Devin and Madison as two bright and helpful kids.

"Me and my wife both are pretty tore up," Pastor Henry Parker said. "I didn't sleep a wink last night. On top of ministering to this family which is my no. 1 priority right now, looking into their eyes was probably the worst thing I had to do. Because there's no words."

"The Pitt softball program and athletic department has suffered a tremendous loss," PCC Athletic Director Dawn Manning said in a statement. "Abby was a fantastic young lady who succeeded academically and athletically for the Bulldogs. She was a leader on the field and a treasured friend to her teammates. Our deepest sympathy goes out to all of the families who have been affected by this tragic accident."

"We are deeply saddened to learn of the tragic accident that claimed the lives of three of our students, as well as a young adult from a neighboring county. These students will be greatly missed by the students and staff members of SouthWest Edgecombe High School, Tarboro High School, and the entire ECPS community. We send our heartfelt condolences and sympathies to their family and friends during this unspeakable time."

On behalf of the family we would like to thank everyone for all the support, thoughts and prayers during this tragic event. JT was a rising Senior at Tarboro High School. He was known for being happy go lucky, personable, outgoing, fun and energetic. He was kind, responsible and a loving teenager. He was an outdoorsman. He was an avid hunter and fisherman. If he was not hunting or fishing you could find him on a baseball field.

An account has been set up at State Employees Credit Union in memory of JT Winstead 's scholarship fund. Donations can be made any local SECU or mailed to PO Box 280 Tarboro, NC. Wrote in memo-JT Winstead.

The driver of the box truck was identified as Alberto Pedraza III. Troopers said he lost control of the truck because he was going too fast in the rain.

He has been charged with misdemeanor death by motor vehicle.

The period between Memorial Day and Labor Day is known as the '100 Deadliest Days' for teen drivers.

According to AAA, more than 7,000 people died in teen driving-related summertime crashes from 2010 to 2019. That's more than seven people/day during the '100 Deadliest Days' period.

Last year in North Carolina, car crashes during the 100 deadliest days resulted in 30 deaths. While the state has seen a decrease in traffic volume during the COVID-19 pandemic, the number of deaths that occurred during that time actually increased in North Carolina and nationwide.

Research from the AAA Foundation for Traffic Safety found that new teen drivers ages 16-17 are three times as likely as adults to be involved in a deadly crash.

"There are more daily deaths in crashes involving teen drivers during the summer months than the rest of the year because teens tend to have more unstructured time behind the wheel," said Jake Nelson, AAA's director of traffic safety advocacy and research. "So what can be done? We can encourage teens to double down on staying focused when driving, buckling up for every ride, and driving within posted speed limits."