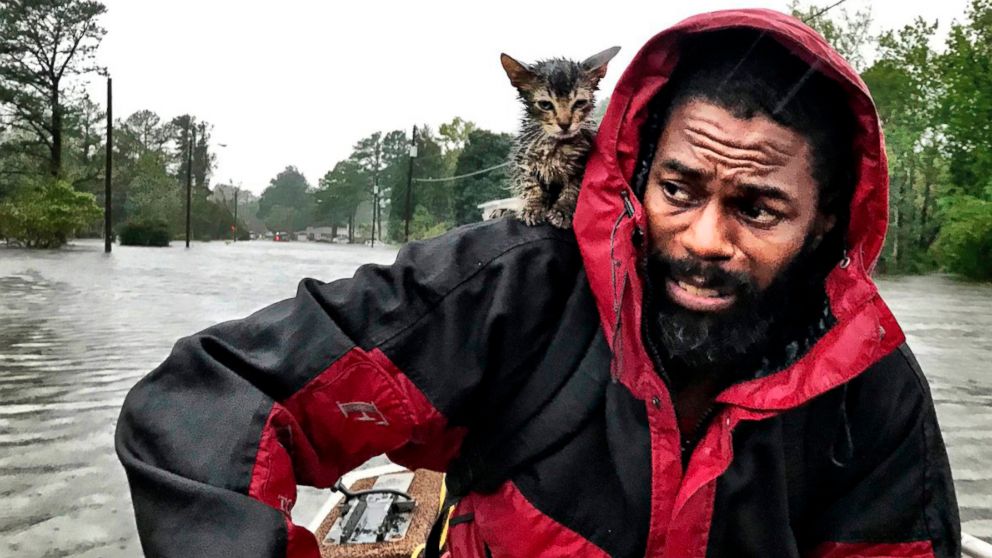 Tropical Storm Florence is dumping near-record amounts of rain in parts of the Carolinas, causing catastrophic flooding that, apart from the damage to homes and businesses, poses serious health hazards to residents.

Muddy, opaque floodwaters can hide large or sharp objects dislodged during a storm that can lead to injury, "anything from a fracture to a major laceration," said ABC News' chief medical correspondent Dr. Jennifer Ashton. The water may also contain snakes or other wildlife, human waste from overwhelmed sewage lines or chemicals leached or spilled from flooded sites.

Ashton, who was on the ground in Texas after Hurricane Harvey last year, said the floodwater dangers she witnessed included drowning, electrocutions from downed power lines, and infection.

"When you talk about what is in that water -- human waste, raw sewage, toxic chemicals, oil, gasoline, potentially wildlife, snakes, alligators -- then there's the possibility for anyone with an open cut or scrape on their body for an entry, portal of entry for bacteria to get in there," Ashton said on "GMA" Friday.

Stagnant water is a paradise for bacteria, and any open wounds give bacteria a way in to the body. That can lead to anything from a simple soft-tissue infection to a much more severe infection. People with a weak immune system are most vulnerable.

In addition, as Florence moves inland, environmental regulators are monitoring more than three dozen toxic waste sites in its path and scores of low-lying water- and sewage-treatment plants at risk of flooding.

The Environmental Protection Agency has identified 41 Superfund sites in threatened parts of the Carolinas, Virginia and Maryland and Georgia, including polluted industrial sites, chemical plants, coastal shipyards and military bases.

EPA spokesman John Konkus said the agency is listening for any word of oil or hazardous substance spills, adding that federal on-scene coordinators and equipment stand ready to deploy if needed.

Sewage water can also easily mix with storm water, carrying bacteria that can cause short-lived gastrointestinal illness or worse.

Days after Hurricane Harvey hit the Gulf Coast in 2017, "GMA" asked Dr. Terry Gentry from Texas A&M University to collect and evaluate samples of the floodwater.

North Carolina, with one of the largest pork industries in the country, is also at risk of contamination from the flooding of hog manure pits, coal ash dumps and other industrial sites.

Here are a few commonsense strategies to help avoid unnecessary risk from floodwaters:

Try to avoid exposure with floodwaters for long periods of time to prevent physical injury. Wear waterproof boots if you have them.

Keep any open wounds clean, dry, and covered if you must go through the water. Seek medical attention for any wounds that are not healing or are festering or making you feel ill.