Presidential hopeful Tom Steyer: 'Climate change is 'my No. 1 priority'

WTVD
By Jonah Kaplan
CHARLESTON, S.C. (WTVD) -- He's a New Yorker, he's an investor, he's a billionaire and he's running for president. But he's not the former mayor of New York City.

Steyer, the progressive outsider still in the running for the Democratic nomination for President, has emerged as a champion to fight climate change and strong advocate for what he calls "environmental justice."

"I'd clean up the air and water specifically in the black and brown communities, where this society has concentrated its poisons," Steyer told ABC11 in an on-camera interview. "I'm changing the rules for the private sector that they have to obey going forward as we move to clean energy and I'm rebuilding America in a climate-smart way. What I'm doing is changing and reforming unchecked capitalism and getting the government back to serving the people."

ABC11 caught up with Steyer while campaigning in Las Vegas ahead of the Nevada primary. He is back on the debate stage in Charleston and is rising in the polls in South Carolina.

Here is the full transcript of our interview:

JONAH KAPLAN: As we look forward let's look back at 2016 first. North Carolina voters supported Donald Trump for President, a Republican, and Richard Burr for Senate, a Republican. In that same election, though, North Carolina voters also supported Roy Cooper, a Democrat for Governor, and Josh Stein, a Democrat for Attorney General. How will you thread that needle in 2020?

TOM STEYER: Jonah, one thing you should know is I started one of the biggest grassroots organizations in the United States - NextGen America. We did in 2018 the largest youth voter mobilization in American history, including in North Carolina. We were, in 2016, on the ground in North Carolina as well. The way that Democrats win is turnout. There are tens of millions of people, including people in North Carolina, who don't vote because they think the system is broken, the corporations have bought it, and both parties lie. The absolute critical thing for Democrats to do is to make sure we're organized on a grassroots basis and we're out there explaining why we're better than the Republicans - what we'll actually do for people. Trump's running on the economy. Any Democrat who wants to be candidate, any Democrat who wants to lead the ticket, has got to be able to show that Mr. Trump's economy - what I call the "Mar a Lago Economy" - doesn't work for working Americans. The economy is growing but all the money is going to rich people. We have low unemployment but you can't live on those jobs, that $7.25 minimum wage is an insult to working people. What I'm talking about is something much better: a 10% tax cut for everyone making less than $250,000 and it's easy to do if we start charging rich people their fair share. I'm talking about millions of well-paying union jobs across this country as we rebuild America in a climate-smart way. I'm talking about a completely different wage structure of getting back to the idea of people being able to organize, standing up for unions, and having a completely different minimum wage. So I think it's important for whoever is running to take on Trump. I built a business from scratch over three decades into a multi-billion dollar international business. I can show that when he talks about the economy he's lying. That's he's terrible for working Americans. Everything he has proposed has failed and he's going to do worse going forward. That's what has to happen to beat him in November and I can do it.

JK: Before you get to face Donald Trump, you'll have to beat your Democratic colleagues. On the debate stage Wednesday night, they targeted the newcomer who is also a billionaire like you, Michael Bloomberg. Like you, he's an investor. Like you, he's worth a lot of money. Like you, he's self-sustaining his campaign really by investing in himself. How are you any different and how will you respond to those kind of attacks from some the other candidates?

TS: The funny thing is, Jonah, I'm completely different from Michael Bloomberg. If you look at our record over the last 10 years, I have been putting together coalitions of normal American citizens to fight back against what I think of as unchecked corporate power. We've been fighting corporations and I've never lost. I've beaten oil companies and drug companies and tobacco companies and utilities. If you look at Mike Bloomberg, you have to explain away Stop and Frisk, his support for Redlining, and his speech for supporting the reelection of George W Bush at the Republican National Convention in 2004. My wife and I started a nonprofit community bank 15 years ago to basically do the opposite of Redlining: to stand up for economic justice, environmental sustainability and businesses owned by black people, Latinos and women. So, in fact, I have a very progressive history of fighting corporations and beating them as an outsider and standing up for the broad diversity of America, including specifically African Americans and Latinos.

JK: You use the term "progressive" and you would think that Michael Bloomberg was the frontrunner at that debate but it's actually Bernie Sanders, another unabashed progressive and he is coming under fire because some consider him too divisive and too polarizing. What is your response? What do you think of the frontrunner? Why do you think you could build a coalition more than he could?

TS: Bernie and I share a lot of the same values and I always appreciate where he's coming from and what he's trying to accomplish. But we're also very different. I'm someone who believes that there should be a vibrant, competitive, innovative, private sector. I believe unchecked capitalism has failed but that's because I believe the corporations have bought the government, and we need to take that government back to make it work of, by and for the people. But I'm definitely not a socialist. I'm someone who believes we need that private sector and as an example, I'm an outsider. I'm one of the people who wants term limits for every Congressperson and Senator of 12 years, so we can make the bold change with new and different people in charge.

JK: Are you worried about a socialist being at the top of the ticket for Democrats?

TS: What I believe, and I'll give you an example: I'm someone who believes that we have an absolute right, every American, to affordable health care, and that the government's job is to drive down the cost of that health care because we're paying twice as much as we should. Bernie Sanders is for Medicare for All, a one size fits all which tells 160 million Americans that they have to give up their employment-based healthcare and come into the government system or they're breaking the law. What I'm saying is let's have a public option as part of the Affordable Care Act. Let's build on the Affordable Care Act. We can better understand what it costs, we can easily pay for it. Health care is a right under those circumstances for every single American and we can use government to drive down the cost, but we don't have to have a completely government-run system. We can build on the Affordable Care Act, and for the 160 million Americans who have negotiated to get their health care through their employment, they can choose to keep that or take the public option. We don't have to tell people that it's the government's way or the highway.

JK: My last question for you, Mr. Steyer, is about something that has been a priority for your campaign and that's climate change. As you know North Carolina has been battered by severe weather in recent years: Hurricane Matthew, Hurricane Florence, and Hurricane Dorian. Climate change, these very, very powerful storms, are very much on the minds of North Carolinians, but again we're a Purple State. Something like the Green New Deal may not fly here. What is something when it comes to climate change that you specifically that you will employ, will direct that you think can win over a majority of North Carolinians who may not be as progressive as you?

TS: Let me say this, Jonah. If you look at my climate change plan, let me tell you what it does for people in North Carolina. First of all, I'm the only one running who will say it's his No. 1 priority. I'd declare a State of Emergency on Day One, and use the emergency powers of the presidency to change the rules for corporations about how they generate electricity, about what kind of cars they can build, and how energy-efficient buildings have to be, and how we use the government's buying power to change to clean energy. But I would do it from the standpoint of environmental justice. I'd clean up the air and water specifically in the black and brown communities, where this society has concentrated its poisons, and I'd use it to create four and a half million good-paying union jobs across the country. The difference is I'm not buying the electric system for the U.S. government to run. I'm changing the rules for the private sector that they have to obey going forward as we move to clean energy and I'm rebuilding America in a climate-smart way. What I'm doing is changing and reforming unchecked capitalism and getting the government back to serving the people. I'm not taking over the system and having the government run it. I'm having the government do its job on behalf of the American people which it has fallen down in doing and I'm dealing with the biggest crisis in America, climate, in a way which will make us better paid - literally with millions of good-paying union jobs - raise the standard of living, clean up the air and water and make us much more just. I look at climate and I say this the engine for growth and job and wage growth. This is the engine for us to be healthier. This is the engine for us to rebuild the country and lead the world again.

JK: Tom Steyer, Democratic Candidate for President, thanks very much for taking time with us and best of luck to you for the rest of the campaign. 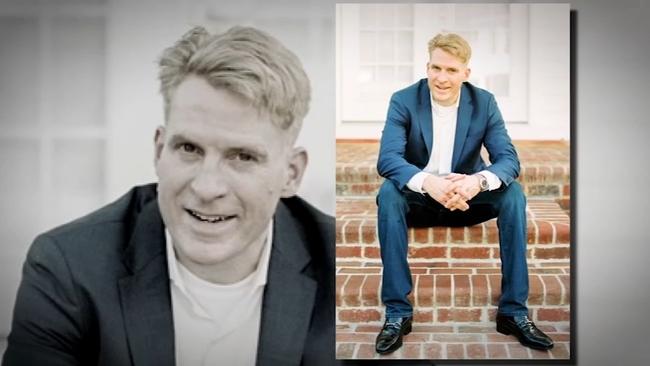 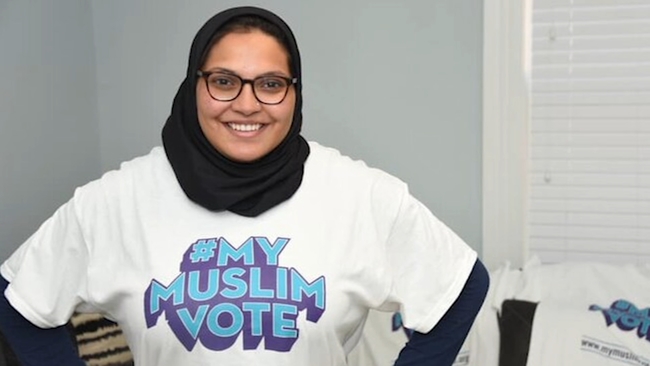 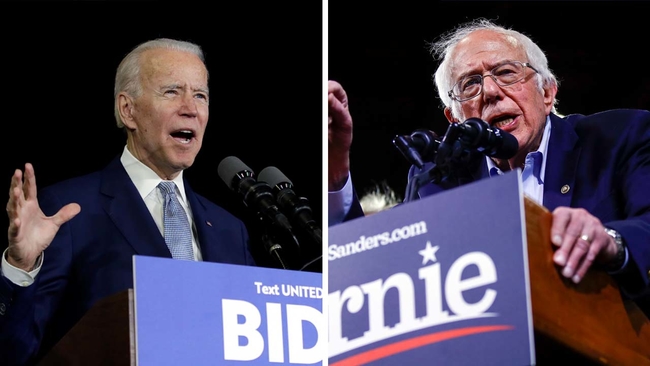 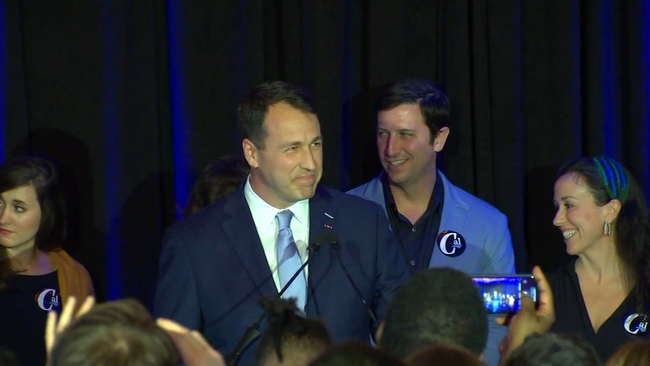