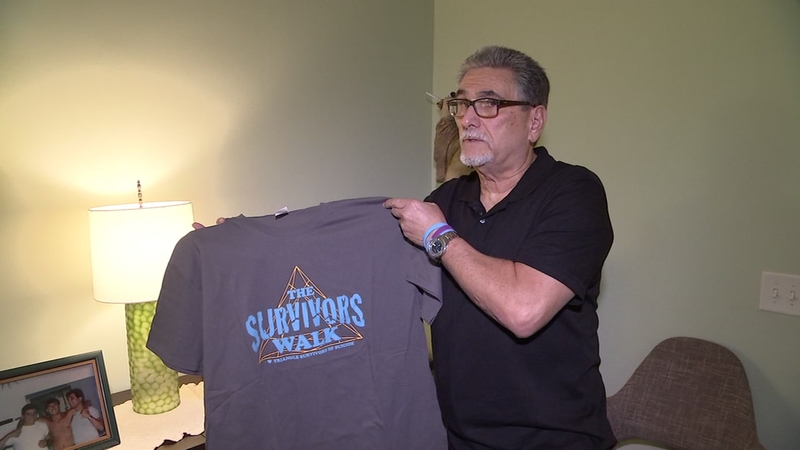 HOLLY SPRINGS, N.C. (WTVD) -- In Wednesday night's premiere of "A Million Little Things," we were introduced to a tight-knit group of Boston friends suddenly coping with unexpected grief when one friend takes their own life.

Here in Holly Springs, it's a kind of grief that Larry Bernstein has coped with for 26 years.

You can also watch live with us tonight at 10|9c 😉 #AMillionLittleThings https://t.co/C3IzGUsU4U

"We didn't watch it. You look back and wonder was there a diagnosis that should've been there, was he depressed," Bernstein pondered. "I'll never know."

A month after his son's suicide, Bernstein prepared to quit his job at IBM for a new career as a social worker. And, he started a therapy group -- inviting other parents and friends, "Survivors of Suicide," to process their pain together.

"I often describe it as a club that nobody wants to be a member of," Bernstein said.

This Holly Springs dad made it his mission to break the silence about suicide after his son took his own life. We spoke to him ahead of tonight’s episode of @AMillionABC about how to take on the sensitive topic. #abc11 pic.twitter.com/R4TBpFs3H6

Even with the premiere of "A Million Little Things," Bernstein said suicide is a topic that society is still way too uncomfortable talking about.

He challenged people to "talk to each other and let's reduce the stigma. Let's talk about this subject called suicide because we don't handle it correctly."

We went to Dr. Amanda McGough, a licensed clinical psychologist, for help in how to talk about suicide with children.

"We set the tone as parents," McGough said. Her advice for parents is to stay calm and warm; don't let your own nervousness create an even larger stigma around the subject.

"Parents may be afraid that if they bring up the subject of suicide and ask their children about it, that they are planting an idea. We know through research that is absolutely not true," McGough said. "We need to talk about this issue. Silence is suicide's best friend. We've got to break that silence."

Larry Bernstein made breaking the silence his mission.

His group, Triangle Survivors of Suicide is holding its annual fundraising walk next month -- raising awareness and money for local suicide-prevention groups.

It's the new life's work from a father who says he can't do anything for his son now but can make a difference for other people.