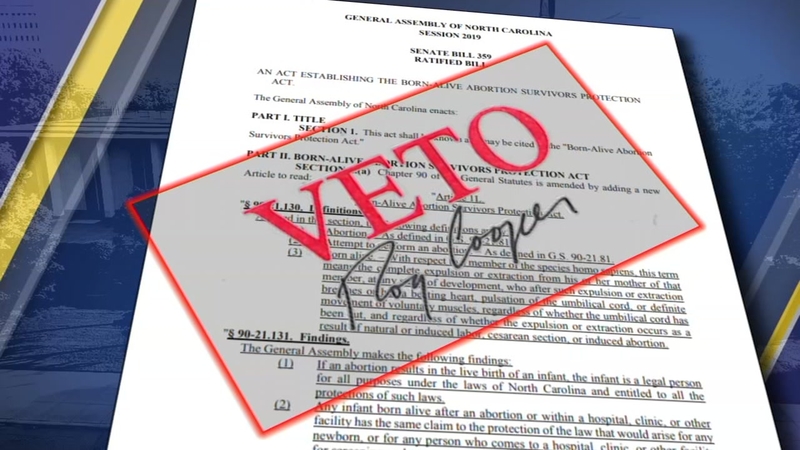 The bill required health care providers to grant those newborns the same protections as other patients or face felony prison time and stiff fines.

"If a baby who's born as a result of an abortion is actually killed by the abortionist or someone in the room or is allowed to die, there should be some tough penalties for that," Fitzgerald said.

Governor Cooper rejected that argument. In a statement, the governor wrote, "Laws already protect newborns babies and this bill is an unnecessary interference between doctors and their patients."

Romano, and other abortion-rights groups, blasted the bill as an attack on a woman's constitutionally-protected right to an abortion by putting more limits on abortion access.

"We just feel like what this bill did is really just politicize abortion and politicize these complex medical decisions that are made around later-abortions," Romano said. "And that this was just a way of trying to create a narrative about something that doesn't exist."

“We just feel like this bill just politicized abortion and politicized these complex medical decisions that are made around later-abortions.”

Bill supporters like Fitzgerald provided written testimony of adults who saw or survived botched abortions. What is unclear is how often doctors have neglected these live infants.