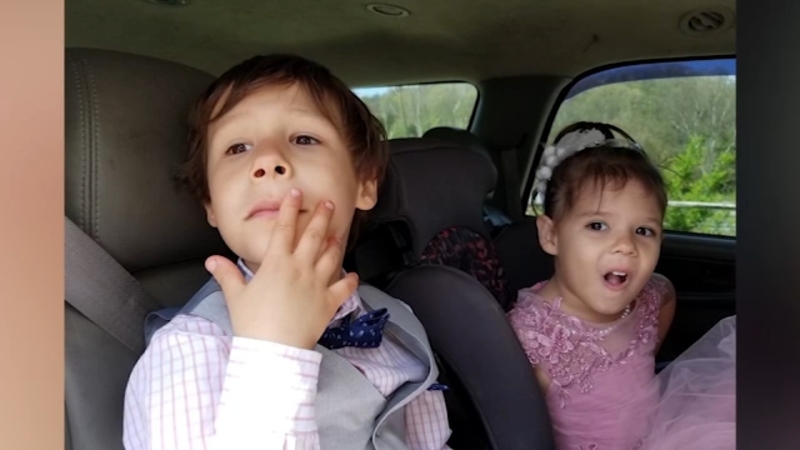 Father devastated over crash that left 2 children dead in Durham

The children in the car were identified as Ayden Ramirez, 5, of Durham, and Ronnie Ramirez Jr., 7, of Durham.
Davis was transported to Duke Hospital with serious but non-life-threatening injuries. She has been charged with DWI and careless and reckless driving. State Highway Patrol officials said speed and impairment are believed to be contributing factors.

"I told her even then,' hey you shouldn't have been driving,' and then she go back out and wreck. That's not the only car she's wrecked. She's wrecked a lot of my vehicles."

Ayden and RJ were in the back seat when the SUV caught on fire. RJ, who had autism, had just celebrated his 7th birthday three weeks ago.

The sheriff's office told ABC11 Davis was cited for reckless and careless driving in the 6300 block of Guess Road on Saturday. No alcohol was found on Davis' breath but she had to leave her car off Guess Road so a friend could pick her up.

According to the sheriff's office, it is believed the vehicle left on Guess Road is the same vehicle Highway Patrol found Davis and her children in later that evening.

The State Highway Patrol said it will consult with the Durham County District Attorney's Office regarding additional charges against Davis.

Two children were killed in a fiery single-vehicle crash in Durham on Saturday night.