WTVD
By Gloria Rodriguez
LUMBERTON, N.C. (WTVD) -- Gov. Roy Cooper announced Friday that the state is offering a reward of up to $5,000 for information that helps find 13-year-old Hania Noelia Aguilar.

The Lumberton PD & the FBI are continuing to ask for assistance to locate 13-year-old Hania Noelia Aguilar. Saturday, the @NCSHP helicopter flew evidence straight to Quantico so it could be immediately processed & analyzed by @FBI. #FindHania $15,000 reward pic.twitter.com/bEsYCkzmLS

The FBI said Friday that it still needs the public's help identifying a person seen walking on surveillance video near the kidnapping scene.

"Someone knows this man and we need you to call us. Maybe you recognize the way he walks, his mannerisms, or maybe he will recognize himself on TV. The public was critical in the recovery of the SUV, now we need you to come through again for us. Who is the man on the video?" said Andy Delarocha, FBI Supervisory Resident Agent.

RELATED: 'We've all been hurt:' Church of missing Lumberton 13-year-old prays for her safe return

The video shows what appears to be a man wearing light colored shoes, a light-colored shirt, and a hoodie walking south on Lambeth Street, then turning left on Highway 41/Elizabethtown Road toward the Rosewood Mobile Home Park. 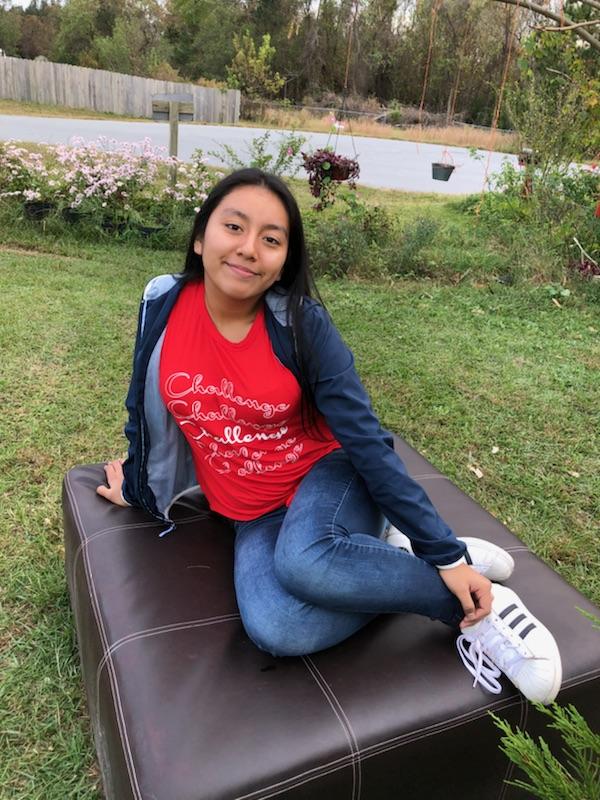 An image of Hania taken a day before she went missing.

Several vehicles were seen on the video driving by, and the FBI asks that anyone with any information contact the tip line at (910) 272-5871.

"Return her to me because I miss her," Hania's mother, Elsa Hernandez, told ABC11 in an exclusive interview Thursday. "She's a very sweet, good girl." 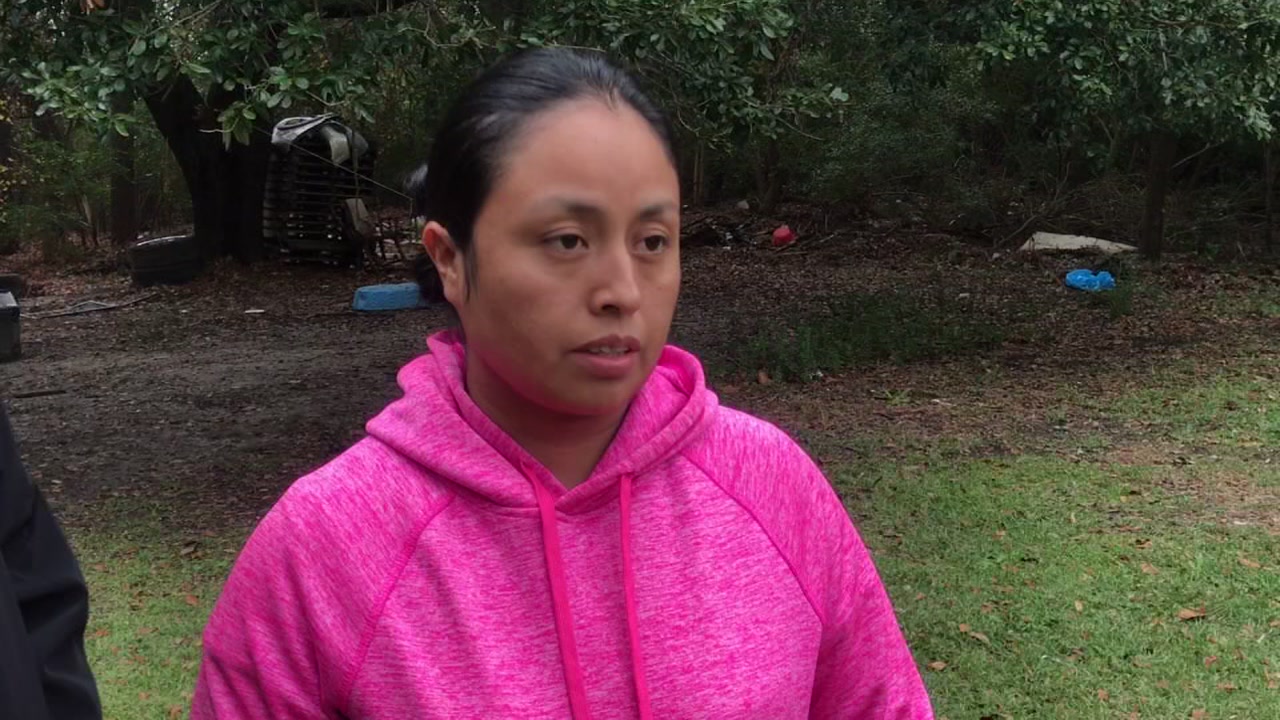 Exclusive interview with the mother of missing Lumberton girl Hania Aguilar
With her pastor by her side, the mother of Hania Noelia Aguilar said she's distraught about the kidnapping of her daughter.

On Thursday morning, the green 2003 Ford Expedition stolen during the abduction of Hania was found.

Earlier, the FBI released surveillance video of the vehicle Wednesday.

The SUV was found off Quincey Drive in Lumberton after someone called 911 and said they saw the vehicle backed into the woods.

Hania and her abductor remain missing.

The green SUV stolen during the abduction of 13-year-old Hania Noelia Aguilar has been found, according to the FBI.

There is a $15,000 reward being offered for information that leads to finding Aguilar.

Hania's family said they have no idea who could have taken her. FBI agents said Wednesday they had no reason to believe Aguilar knew her abductor.

She went missing around 7 a.m. Monday from her home in the 3200 block of Elizabethton Road. A man wearing all black and a yellow bandanna took her as she prepared to go to school. 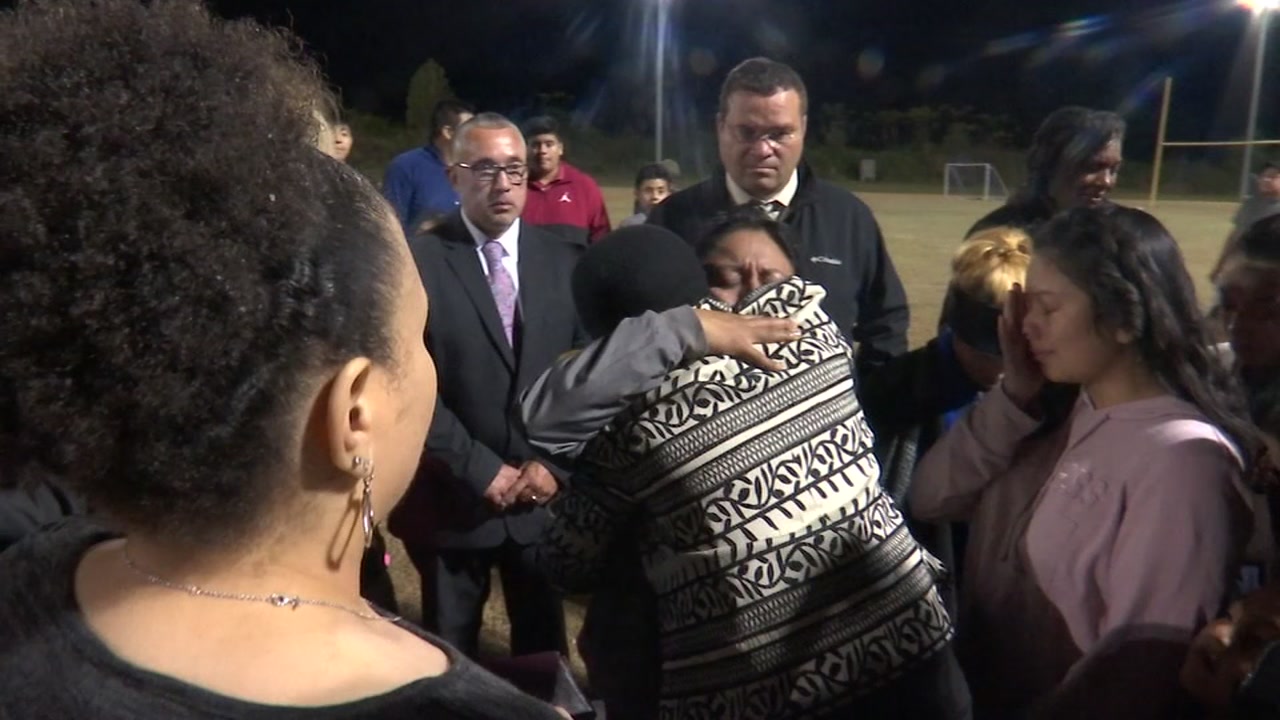 In despair, protesters take to streets for Breonna Taylor
Clayton woman has close call with metal going through car
Ginsburg is first woman to lie in state at US Capitol
Shootings in Durham up 70% compared to this time last year
A wet end to the work week
Show More
Durham Public Schools will stay virtual into 2021
Federal judge says 2020 census must continue for another month
Woman tased, arrested after not wearing mask at football game
90-year-old 'Miracle Man' beats COVID-19
LATEST: NCDHSS updates criteria for food assistance for children
More TOP STORIES News