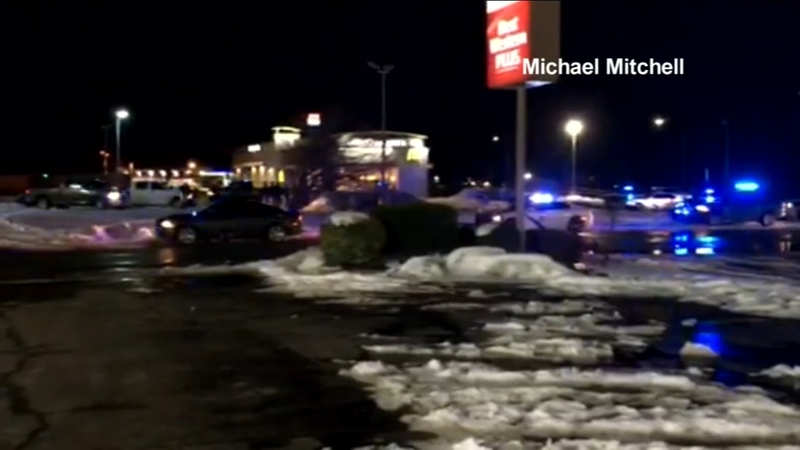 DENTON, N.C. (WTVD) -- A missing 14-year-old has been found alive and will be returning to North Carolina soon.

Savannah Childress, 14, was reported missing on Feb. 11 from her home in southern Davidson County. It was discovered during the investigation that she was using her school-issued computer to talk with an individual online.

The investigation revealed the same individual was talking to several other young girls in Alamance County.

A man identified as William Robert Ice, of Mercer County, Pennsylvania, took Savannah from her Denton home, according to the Davidson County Sheriff's Office.

The Davidson County Sheriff's Office obtained a warrant for first-degree kidnapping and soliciting a child by computer.

With the help of the North Carolina State Bureau of Investigation, the FBI, U.S. Secret Service, United States Marshals service and Pennsylvania State Police, leads indicated Ice was in the areas of a McDonalds in Lonoke County, Arkansas near I-40.

According to Arkansas State Police, two officers recognized a Dodge matching the case in a McDonald's parking lot around 8 p.m. Saturday. The officers approached and found two people inside.

The driver, later identified as Ice, 38, complied at first but then aimed a gun at officers and started shooting, according to Arkansas State Police. One officer was critically wounded. The second officer returned fire as Ice got back in the car and fled.

An Arkansas state trooper in the area heard the report of the officer down and pursued Ice's car through Lonoke along Arkansas Highway 31 until the Dodge became disabled in a snowbank. The 14-year-old fled the car and was secured by a trooper. Inside the SUV, Ice was found with appears to be a self-inflicted gunshot wound. Ice died at a Little Rock hospital later.

It was discovered that Ice was wanted by Pennsylvania law enforcement in connection with other child predator cases.

Arkansas State Police Special Agents are preparing a file that will be turned over to the Lonoke County prosecuting attorney who will decide if the use of deadly force by a law enforcement officer was consistent with Arkansas laws.