Apple announces $1 billion campus in Texas, part of plan to create 20,000 US jobs 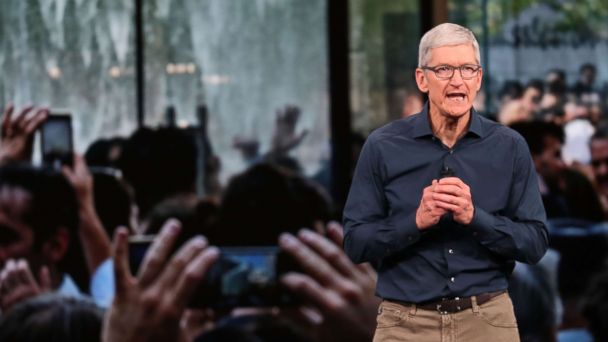 Apple is expanding its presence in the U.S. as a part of a billion-dollar investment that the company said would generate at least 5,000 new jobs.

The iPhone maker will build a new $1 billion campus in Austin, Texas, and open new offices in Seattle, San Diego and Culver City, California, to broaden its U.S. footprint, according to a statement released early Thursday morning.

"Apple is proud to bring new investment, jobs and opportunity to cities across the United States and to significantly deepen our quarter-century partnership with the city and people of Austin," Apple CEO Tim Cook said in a press release. "[W]ith this new expansion, we're redoubling our commitment to cultivating the high-tech sector and workforce nationwide."

Apple expects the 133-acre Austin campus to generate 5,000 jobs initially and potentially 10,000 more later. It also plans to expand in other U.S. cities, including Pittsburgh, New York and Boulder, Colorado, over the next three years, "with the potential for additional expansion elsewhere."

Apple already has about 6,200 employees in Austin, making it the company's largest enclave outside of its Cupertino, California, headquarters.

"Apple has been a vital part of the Austin community for a quarter century, and we are thrilled that they are deepening their investment in our people and the city we love," Adler said.

Abbot praised the tech giant as one of "world's most innovative companies" and a creator of jobs in his state.

"Their decision to expand operations in our state is a testament to the high-quality workforce and unmatched economic environment that Texas offers," he said.

Apple has a market capitalization of about $803 billion, making it one of the world's most valuable firms, but the company's stock price has been under pressure due to concerns about declining demand for new iPhones. Shares have declined almost 30 percent since October, after the stock hit a year-to-date high of $233 per share.
Report a correction or typo
Related topics:
abc newsnational
Copyright © 2022 ABC News Internet Ventures.
TOP STORIES
Dangerous heat with possible severe storms could bring damaging hail
Toddler and man killed in Raleigh apartment shooting, woman hurt
Gas prices decline in Raleigh but experts worry about meaning of dip
Sticker shock for young would-be renters as apartment leases spike
Highland Park parade shooting suspect bought 5 weapons despite threats
Carlos Santana collapses during Michigan concert
Man dies hours after shooting at Raleigh gas station
Show More
Grandfather of woman shot by Fayetteville police searches for justice
What to know if your flight gets canceled or delayed
Raleigh City Council adopts 'social districts' ordinance
Raleigh woman recovering, arrest made in San Diego shooting
Couple fined $1,500 for parking in own driveway
More TOP STORIES News