With the world on hold, teen golfer fine-tunes her trick shots 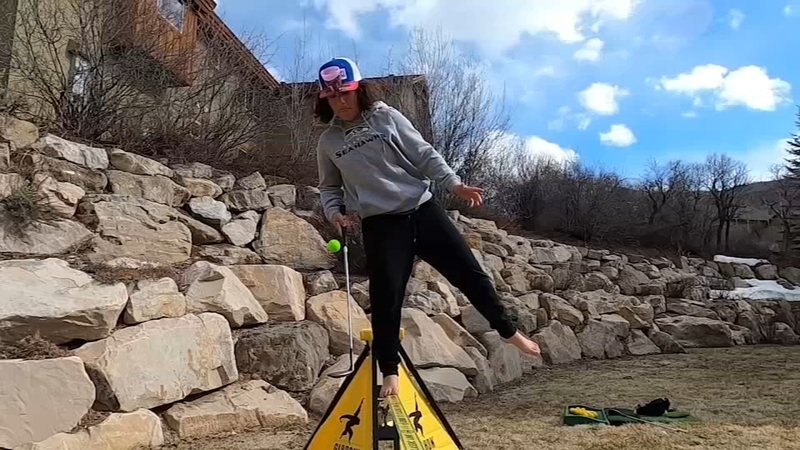 With the world on hold, teen golfer fine-tunes her trick shots

It was a Netflix documentary about the World Kids Championships in Pinehurst that got Arden Locke motivated about golfing.

"I watched a movie called The Short Game"

Not a year later, she was playing in the event herself.

"I just remember it was really hot," Arden said, "and it was just really, really cool because they made it feel like a real pro tournament for you even though you're like, I think I was 12."

With the world on hold, the 15-year-old is putting her golf skills to use around the house, stringing together an impossible array of trick shots.

"I watch Dude Perfect on YouTube, and so I've always been interested in doing trick shots, but they take a large amount of time, but now that I'm just stuck at home, I was like, let's give this a try," she told ABC11.

Arden's dad is the radio play-by-play man for the Utah Jazz. Her mom is a former sports anchor, so the camera work comes naturally.

"When you grow up around media people, there's a lot of understanding of the fact that you have to have multiple cameras," said Arden's dad, David Locke.

"I just hope I set them up right and my parents have provided a couple of ideas for the shots," Arden added, "It's just trying to be creative and then the video is kind of hard."

As you'd imagine given the degree of difficulty, some of the shots take some serious persistence.

"I think the coolest one so far is probably the one where I hit up onto the balcony. That one. I think that probably took an 80s or 90s amount of tries. I've made one of them my first try, I hit it off a wall, and it comes back to me in a cup, and that one I got first try."

For Arden, it's a way to keep her skills sharp and pass the time. Her dad though thinks there's also something bigger at work.

"I just think we all want things that make us smile. Right now, actually, I'm finding at this point in time, I get kind of moved by the human spirit," David Locke said. "These videos are creative. They're fun and frankly, her reaction at making them makes me smile as much as anything."

When I told Arden that even though she's in Utah, she might first go viral in North Carolina, she smiled.