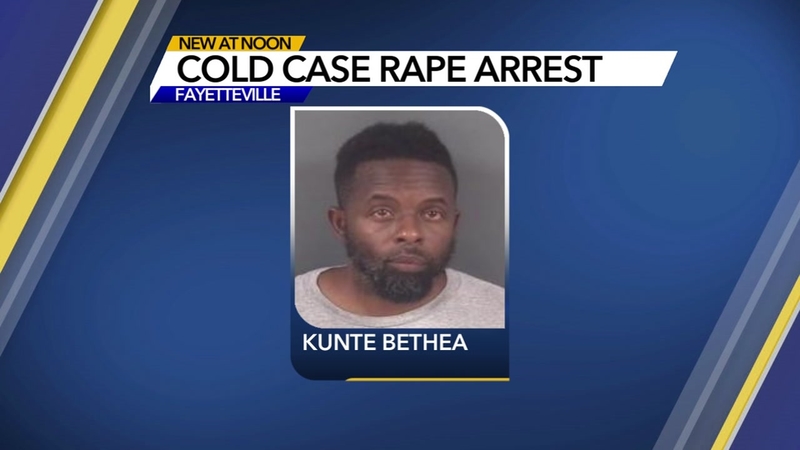 Arrest made in 2001 Hoke Co. case after rape kit sent for DNA testing

FAYETTEVILLE, N.C. (WTVD) -- Detectives with the Fayetteville Police Department's Cold Case Sexual Assault Unit have made an arrest in a 2001 rape investigation.

Officials said 39-year-old Kunte Kinte Bethea, of Raeford, is accused of kidnapping and raping a woman on March 1, 2001.

After several months of investigating, the case went unsolved. However, it was recently reopened after detectives sent off a sexual assault kit for DNA testing.

After the results came back, authorities arrested Betha and charged him with first-degree kidnapping, robbery with a dangerous weapon, possession of stolen property, and three counts of first-degree rape.

Reports show the unidentified victim was at an ATM when Betha forced his way into her car, kidnapped her, drove to Hoke County where he sexually assaulted her, and then stole her car.

Betha is currently incarcerated for a separate charged.

He was taken to the Cumberland County Detention Center where he will be served on his latest charges. His secure bond was sent a $3,000,000.