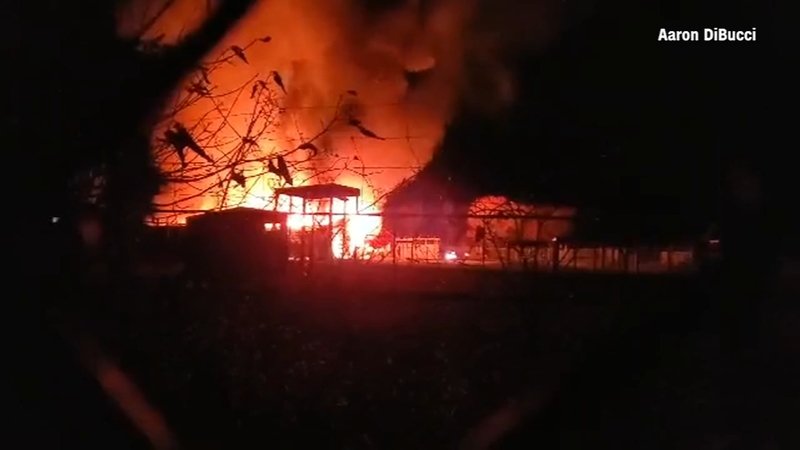 PORT CLINTON, Ohio -- Officials in Ohio say at least 10 animals have been killed in a barn fire at a wildlife park.

The blaze began about 6:15 p.m. Thursday at the African Safari Wildlife Park in Port Clinton.

Fire officials say three bongos, three giraffes, three red river hogs and a springbok housed in the barn were thought to be dead. Springboks and bongos are types of antelope.

The Toledo Blade reports officials captured a loose zebra and a giraffe that escaped.

The cause of the fire is under investigation. No humans were injured.

African Safari Wildlife Park officials posted on Facebook that they were "devastated by the loss of animals."