The group has been warned under the noise ordinance.

DURHAM, North Carolina (WTVD) -- A Brazilian percussion group is once again running into trouble while trying to practice in Durham Central Park.

Durham Police were called to shut down Batala Durham's Monday evening rehearsal. Police got a complaint from a person living in the Liberty Warehouse Apartment across the street.

The group started practicing in Central Park about two years ago. Since then, new apartments and condos have been built.

RELATED: Too loud? Or price of living in downtown Durham?

Throughout the summer, the police have been called to shut down the practice, saying the group is violating the noise ordinance.

Members of Batala Durham say they're not breaking the city's noise ordinance, and that they have the right to use the park since it is a public park. They also point out that the park plays host to concert series on Fridays.

Depending on the sound level, the noise ordinance for Durham runs between 11 p.m. and 7 a.m. 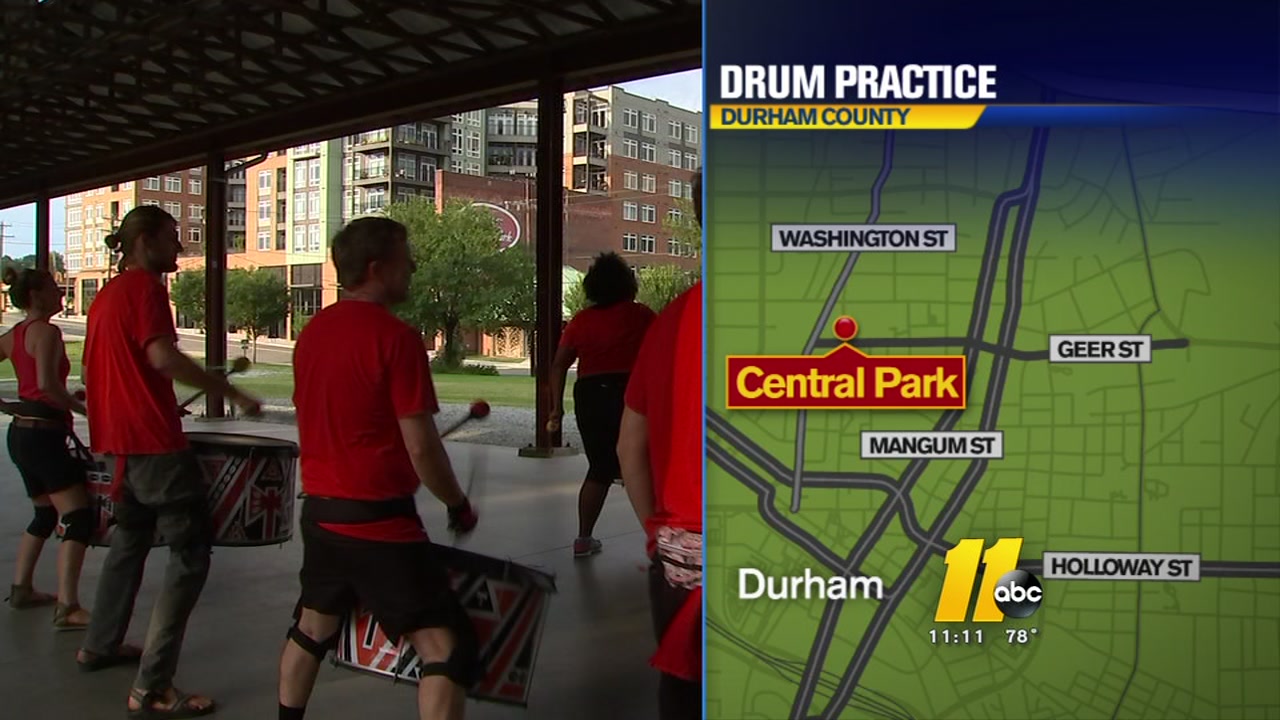 Too loud? Or price of living in downtown Durham?