WTVD
By Kaylee Merchak
There were 637 murders in North Carolina in 2017. After investigators sweep those scenes and evidence is removed, who is left to clean up what's left behind: a life that's been taken?

Most times, people think that burden falls on the loved ones of the deceased. While that's partly true, the actual task of cleaning up the biohazard left behind is not an unstomachable task the family needs nor should bear.

WARNING: Video footage in this story is of a mock crime scene. It may be disturbing to some

That's where crime scene cleaners like Joey Folding, his wife, Kristen, and their team at Steri-Clean North Carolina come in. They're equipped mentally and physically to clean up murders, traffic-related deaths, decomposition/undiscovered deaths, and suicides.

Before he was a crime scene cleaner, Joey was on the other side, trying to save lives and track down criminals.

He started his career as an EMT in the early 1990s and made the switch to law enforcement midway through before retiring as a lieutenant in 2016. 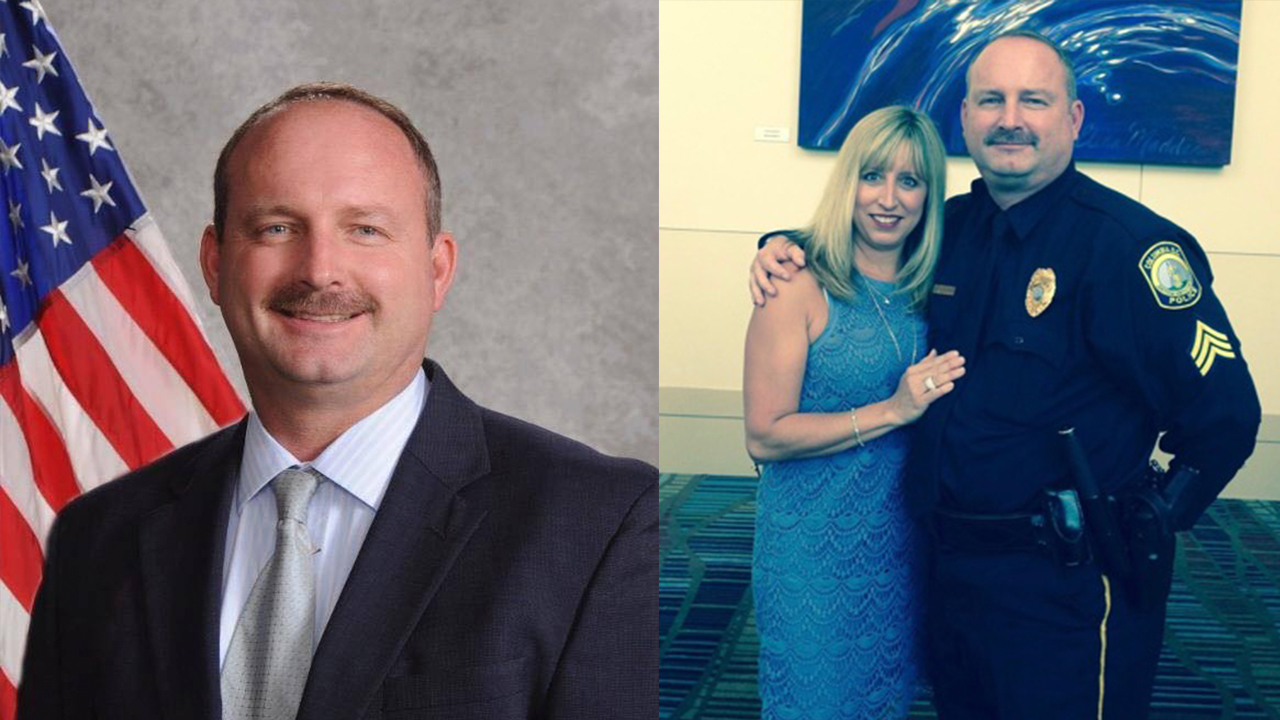 He was only allowed two weeks off before Kristen lovingly pushed him back into work.

"I was looking for something that I could to do," he said. "I was in public safety all my life, so we found this service line and it just was a perfect fit for me."

Before understanding what they do, it's important to understand why they do it.

How could someone choose to be surrounded by death all day?

Through the thick of it, the Foldings are focused on one thing: helping someone who just lost a loved one.

"You don't have to be alone through the process," Joey said. "We're here, there are other companies that do the same thing that we do that are there for you ... one of our major concerns is the health and well being of the families or the victims that are involved. Our main goal is the family."

Other than their knowledge of crime scene cleanup, the team brings something far more important with them: humaneness.

When they're not consoling the families, Joey and his crew spend most of their day cleaning crime scenes inside and out.

In order to restore the scene, the team must remove any matter left behind before cleaning, disinfecting and sanitizing. The area where the body is found and the surrounding areas are broken up into three zones to prevent further contamination of the "safe areas" or places where the biohazards are not present.

From there, the team suits up from head to toe in protective gear: Tyvek suits, double layer of gloves, boot covers, and a positive pressure airflow system (mask).

They then use myriad cleaners and products to remove the hazardous waste, and the products they're using are not the average household cleaners.

"People do try to clean it up, and when they do, they might use bleach or Lysol or just over-the-counter products," Joey said. "We use all EPA-registered disinfectants, so we know that through our quality control that when we are cleaning, we are actually disinfecting as well."

To maintain quality control, they use illuminator -- a hydrogen peroxide-based solution that reacts with body fluids like blood. When the solution touches those fluids it reacts, turns white, and foams.

The illuminator allows the cleaners to show just how deep the blood or other matter has spread. Not only do household cleaners spread the hazard, but they also don't fully remove the unseen dangers.

If not done properly, the person cleaning the area could be exposed to blood and airborne pathogens such as tuberculosis, Clostridium difficile colitis, HIV, and more.

Each cleaned item that will return to the scene is disinfected.

After cleaning is finished, the final steps are to run ozone overnight, which changes the oxygen molecules to take care of any airborne bacteria and any smells. After an eight-hour cycle, the area is then ventilated.

Cleaning up a crime scene is no easy feat. In fact, the amount of time spent cleaning can range from four hours to two days, depending on how confined the space is and what's in it. For instance, a garage would require more effort because all items in the garage would need to be removed from the contaminated area and checked for biohazard.

"One of our greatest concerns is, and part of our quality control is, to ensure after the scene is cleared and disinfected that no one would ever come across a spot of blood or another piece of matter that's been missed because the death itself is so terribly dramatic. And so, being thorough and meticulous in our approach and in our cleaning becomes equally as important."

In addition to crime scenes, Steri-Clean NC also deals with hoards, and when it comes to hoarders, Kirsten said they have to take a sensitive approach to cleaning. 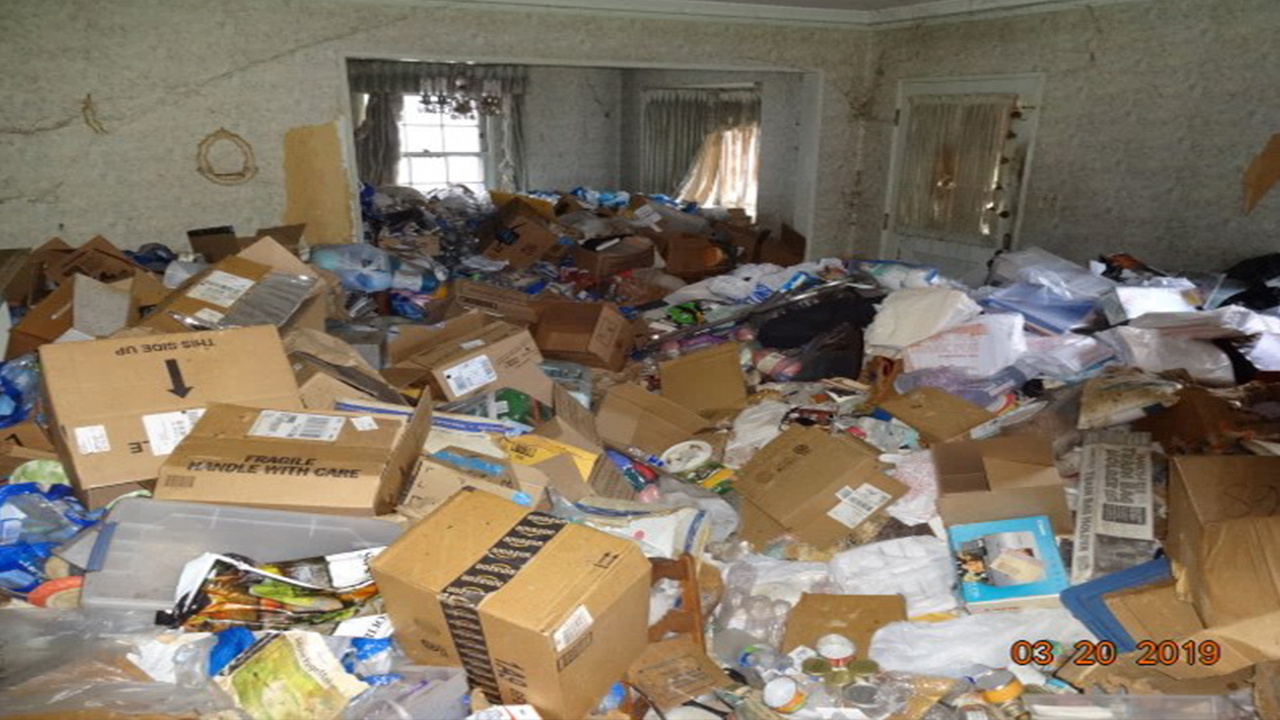 Those working in the industry must have a strong stomach, especially when it comes to the smell a clean can bring.

Joey said his workers are able to differentiate crime scenes based solely on smell. But, he said, the sights and smells don't seem to really bother him.

"For me personally, as with all public servants, over the years you just find a way to deal with it, and you actually become desensitized," Joey said. "You just kind of go into work mode."

However, not everyone is that strong. Kristen said sometimes the job doesn't bother them, but other times "it bothers you greatly."

On the days when their team is bothered greatly, Joey and Kristen make sure that the mental health of their workers' comes first. They provide counselors and "mental health days."

But for Joey, the hardest part of the job may surprise you: finances.

"The reason why I do this is to help people, but I also realize that we have employees that have to feed their families," he said. "If this wasn't a business and we could do it for free, I would do it for free."
Report a correction or typo
Related topics:
wake countydurham countyjohnston countyorange countycharlottecrimemurdershootingnorth carolina newsbody found
Copyright © 2021 WTVD-TV. All Rights Reserved.
More Videos
From CNN Newsource affiliates
TOP STORIES