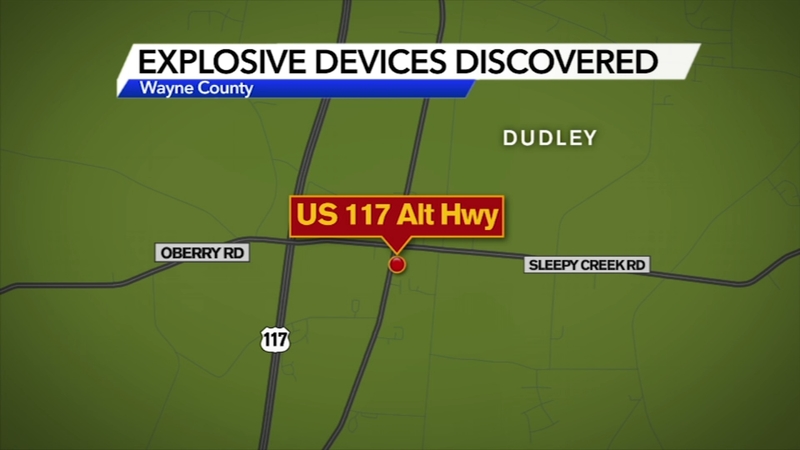 A bomb squad responded to a Wayne County fire station Sunday afternoon after someone dropped off items that turned out to be explosives.

According to the Wayne County Sheriff's Office, an individual showed up to the Dudley Volunteer Fire Department around 2 p.m. to turn over two items.

When members of the fire department saw the items, which had been laid at the entrance of the fire station, they recognized them as being potential explosives.

The Wayne County Sheriff's Office then responded and also recognized the items as possible explosives.

The Explosive Ordinance Disposal team from Seymour Johnson Air Force Base and the bomb team with the North Carolina State Bureau of Investigation were notified and responded.

Investigators confirmed the items were "manufactured to indicate they were explosive in nature," according to the sheriff's office.

A robot was used to move the explosives to a safe area in the fire station.

The FBI has been contacted to assist in the investigation.