A 'giant of a sport': NASCAR promoter and Speedway Motorsports founder Bruton Smith dies at 95 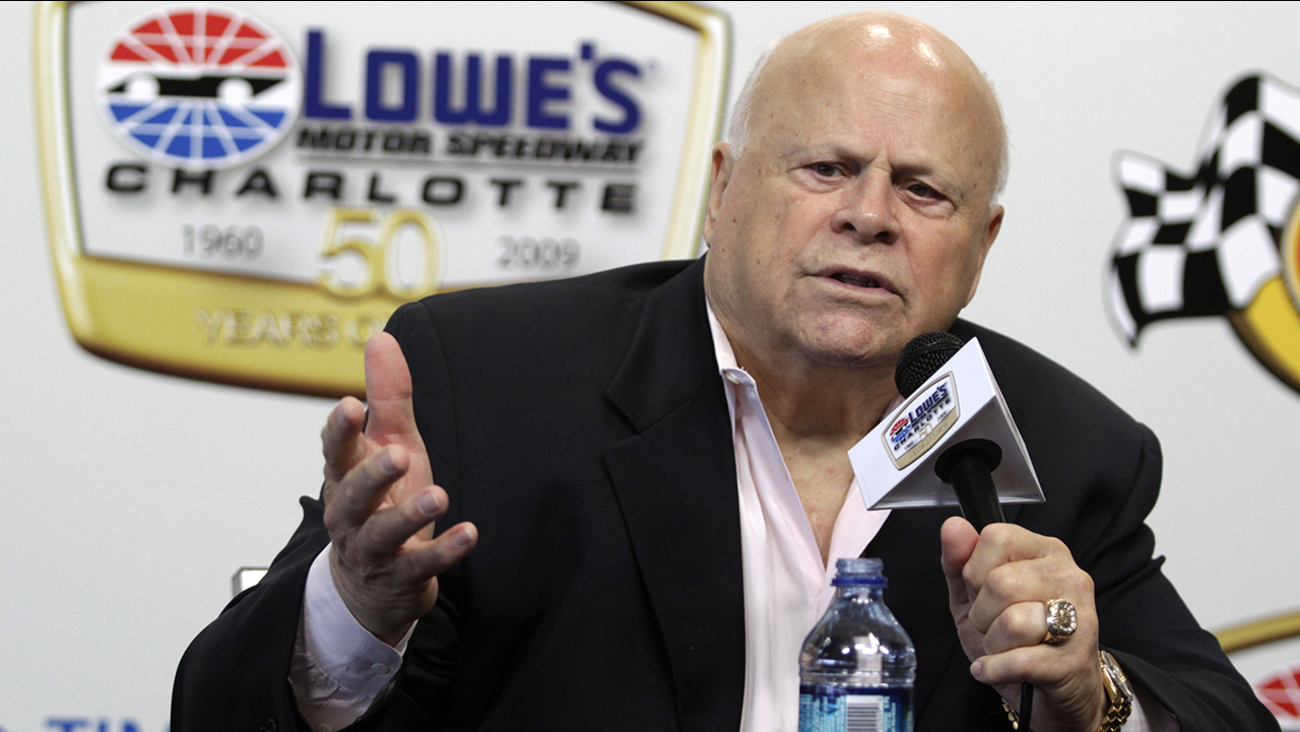 CHARLOTTE, N.C. -- O. Bruton Smith, who emerged from North Carolina farm country and parlayed his love of motorsports into a Hall of Fame career as one of the biggest track owners and most successful promoters in the history of auto racing, died Wednesday. He was 95.

His death was announced by Speedway Motorsports, which cited natural causes.

His son, Marcus, the current president and CEO, posted a tribute to his father on social media on Tuesday: "I had a wonderful Father's Day weekend. I am so thankful to be a dad, and to have an amazing dad," said the post, which was accompanied by photos of Smith surrounded by his family.

"Race fans are, and always will be, the lifeblood of NASCAR. Few knew this better than Bruton Smith," said NASCAR Chairman Jim France. "Bruton built his race tracks employing a simple philosophy; give face fans memories they will cherish for a lifetime. In doing so, Bruton helped grow NASCAR's popularity as the preeminent spectator sport."

An early passion for racing

Born March 2, 1927, on a farm in Oakboro, a small town 30 miles east of Charlotte, Ollen Bruton Smith was the youngest of nine children. He watched his first race as an 8-year-old during the Depression and bought his first race car at 17 for $700.

"The whole idea at that time was I was that I was going to be a race car driver. I learned to drive, but that career didn't last long," Smith said about his early start, claiming his mother prayed for him to find another passion. "You can't fight your mom and God, so I stopped driving."

Smith instead became an entrepreneur - promoting his first race at age 18 - and became one of the giants in stock car racing. Speedway Motorsports, the company he founded, was the first motorsports company to trade on the New York Stock Exchange and it currently owns 11 facilities across the United States.

NASCAR races this weekend at Nashville Superspeedway, a track that was purchased by Speedway Motorsports late last year.

"My parents taught us what work was all about," Smith said in 2008. "As I look back, that was a gift, even though I certainly didn't think so at the time. A lot of people don't have that gift because they didn't grow up working. But if you are on a family farm, that's what you do. Everything is hard work."

Speedway Motorsports also owns and operates a number of subsidiaries. Smith founded Sonic Automotive in early 1997 and took it public 11 months later; in 2000, it was recognized as a Fortune 500 company and has hundreds of dealerships in over 20 states.

Smith was on the ground floor as stock car racing grew in popularity, starting in the Deep South. Smith joked he was "unlucky enough" to be appointed by a committee of frustrated racers and car owners to begin promoting races.

He partnered with Curtis Turner in 1959 to build Smith's first permanent motorsports facility, Charlotte Motor Speedway. It opened in June 1960 with a 600-mile race, the longest in NASCAR history. The Coca-Cola 600 to this day is considered a crown jewel on the NASCAR calendar. 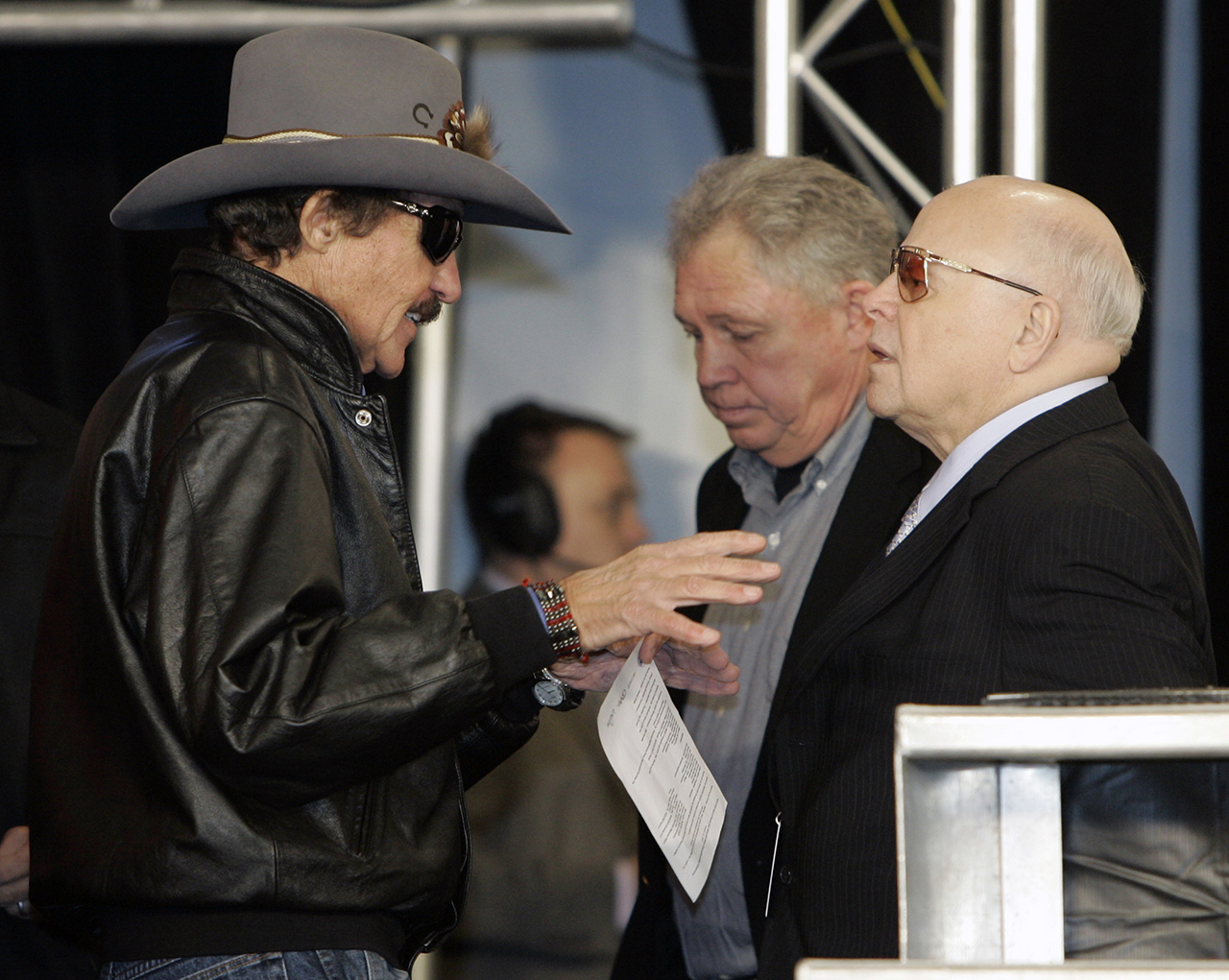 "With heavy hearts, we join the NASCAR community in mourning the passing of Bruton Smith," NASCAR legend Richard Petty said Wednesday in a statement. "I remember first meeting Bruton in the '50s at a dirt race where dad (Lee Petty) was racing and Bruton was the promoter at the time. Since then, Bruton became so much more than a track owner and promoter. He was a pioneer of our sport and instrumental in building it to what it is today. His vision and passion to make the sport better was seen and felt across many decades and generations of fans. From racetracks to Speedway Children's Charities, Bruton touched the lives of so many and impacted the lives of everyone he met. Our hearts are with the Smith family during this difficult time."

"I love the racing business. I want to contribute more and more," Smith said in 2015. "You hear us preach about 'fan-friendly.' I think that is a driver for me to just do more things. I enjoy the contributions I've been able to make to the sport."

He often sparred with NASCAR founder Bill France Sr. and his successor, Bill France Jr., and battled the NASCAR leadership for decades trying to bring elite Cup Series races to his properties. The two largest operators of racetracks in the country rarely saw eye-to-eye, but Smith, with his gold-framed shaded sunglasses and wild sport coats, never backed down.

"Bruton's contribution to stock car racing is hard to measure," said fellow NASCAR Hall of Famer Dale Earnhardt Jr. "His ambitious vision created growth and opportunities that I am forever thankful for."

Eddie Gossage, who worked for Smith at Charlotte before leaving to help open Texas Motor Speedway and guide it through its first 25 years, paid tribute to his former boss.

"I've met American Presidents and scholars. Astronauts and artists. World-famous musicians and athletes. But the greatest man I ever met was Bruton Smith," said Gossage, who retired last summer. "We had so much fun working together. He always treated me like an equal as he taught me lessons about business and life."

In 2016, Smith was inducted into the NASCAR Hall of Fame for his contributions to motorsports. Jim France called Smith "a giant of a sport."

"Everyone knows what he's done for motorsports, NHRA and NASCAR," said legendary drag racer John Force. "He was like a second father to me. I met him when he opened Bristol. I sure loved him. I'm going to miss him. His legacy will live on."