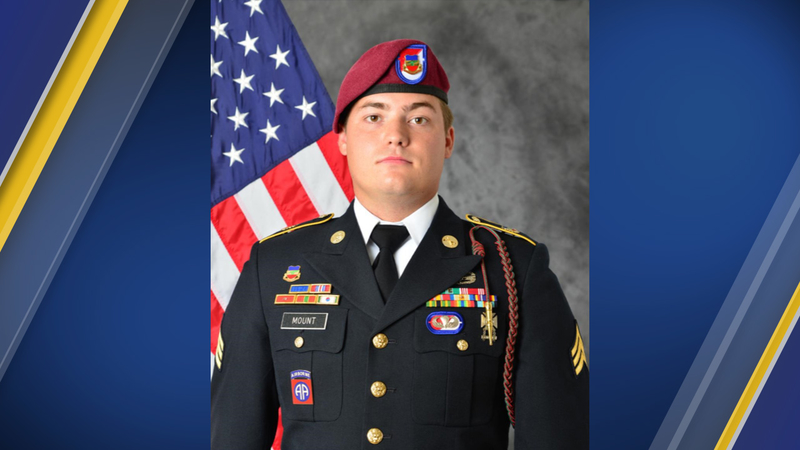 FORT BRAGG, N.C. (WTVD) -- A Fort Bragg 82nd Airborne Division paratrooper died after the ATV he was traveling in rolled over Tuesday in Syria.

"Bryan was an incredible Paratrooper and those who served with him will mourn his loss," said Lt. Col. Val Moro, commander of 1-73 CAV. "He had the unique ability to make everyone laugh no matter who they were or how you were feeling. His Paratroopers looked up to him. His care-free, easygoing personality made him approachable and well-loved. If you had a problem, you could count on Bryan to help. His passing is a tragedy and our prayers are with his family, friends, and those who served alongside him."

Mount was a combat veteran and deployed with 2nd Brigade Combat Team in 2017 during Iraq's liberation of Mosul from the Islamic State.

"It was his second time serving in combat and we relied on his experience," said Capt. Reid Jacobson, commander Bravo Troop, 1-73 Cav. "Bryan was just one of those dependable Paratroopers everyone looked up to and relied upon. He had an easy smile and contagious personality."

Mount was a husband and son. He's survived by his wife and parents.