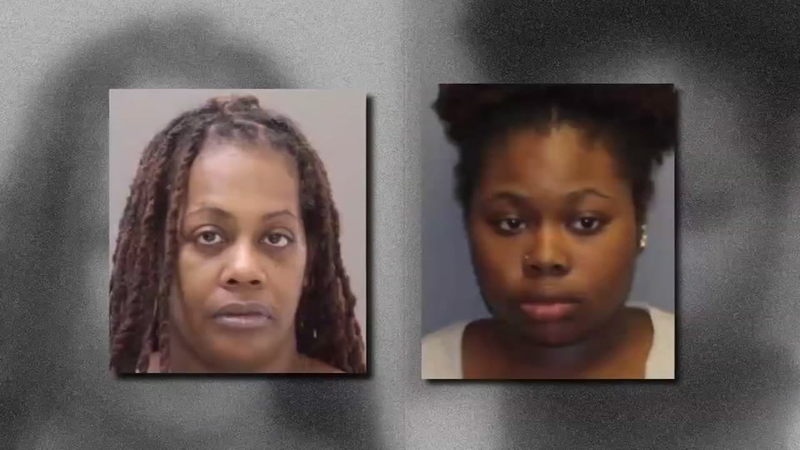 MORRISVILLE, Pa. (WTVD) -- A Raleigh man is grieving the loss of his son after authorities say his wife and daughter killed five of their family members, including three children, in Pennsylvania.

Damon Decree Sr. spoke to ABC11 on Tuesday and he said that although he was surprised they would hurt their own family, he wasn't surprised something strange was going on.

His estranged wife, 45-year-old Shana Decree and their daughter, 19-year-old Dominique Decree, were both charged with five counts of murder.

"This been going on for the past month," Decree Sr. told ABC11. "I mean we been calling children's services, calling the police."

"From my niece, apparently they had dissected into some type of cult that they materialized online," he said. "I don't know how, what kind of cult. And they were talking about demons being all around them."

He said that if his wife and daughter committed the crimes, he wants them held accountable.

"I don't want them in no insane asylum," he said. "I want to see them in jail for the rest of their life."

ABC11's sister station WPVI was told Children and Youth Social Services Agency did, in fact, perform a welfare check at the apartment where the family lived on Saturday, but when no one answered, a worker left a card.

Shana and Dominique Decree were found in bed. The worker reported that the two seemed disoriented and the apartment was in disarray. Local police were called to the scene and both women were taken to the hospital.

"We've been calling and checking and doing everything we needed to do," Decree Sr. said. "Every time they went from my perspective at least, they said the kids were safe and it's nothing we could do."

Police initially saw four bodies in a small bedroom. The fifth was later discovered underneath another body.

Authorities say Dominique had visible injuries to her neck and, at first, denied knowing what happened. She claimed that an unknown man hurt her and she kept repeating she wanted to die.

Shana also first denied knowing what happened, according to police, claiming her sister's boyfriend and two strange men came into the apartment and killed everyone except her and her daughter.