WTVD
By Ed Crump
WAYNE COUNTY, N.C. (WTVD) -- Long before the pandemic, two people working in New York City as a contractor and a mortgage banker lost their jobs to the Great Recession.

So they decided to take an old adage literally.

"When life gave us lemons we went on a street corner in Queens and we started to sell lemonade," Antonio Williams told ABC 11.

The lemonade was cutting edge, flavored with seasonal berries and infused with healthy ingredients like activated charcoal.

And eventually, Williams and his business partner Yvonnia Moore decided to open a frozen dessert shop in his hometown of Goldsboro--with lemonade too, of course.

"Sometimes there's stigmas that are attached to Black businesses," Moore said. "Sometimes people think can only do one thing or service one customer."

But The Ice Storm didn't have to depend on just Black customers.

Nearby Seymour Johnson Air Force Base quickly supplied a diverse customer base.

"The military is just so diverse. So we get a lot of different customers from all over the world, different demographics. It doesn't matter if well-to-do or just an everyday hard-working family. We like to say we have something for everyone," Moore said.

But other issues faced by Black businesses, things like financing and marketing, still held them back. And when the COVID-19 pandemic hit, that already thin marketing budget was the first to face cuts.

However, the team had a secret weapon: a Facebook page for Black businesses started last year by David Rhodes, a Goldsboro native and retired Army officer who now lives in Texas.

Rhodes came to town, gathered up business owners, met with them at The Ice Storm, and set up the Black Business Owners of Eastern North Carolina Facebook group.

"To see what it has blossomed into is sometimes, I'm speechless about it but definitely a positive," Moore said. "So I would encourage people to definitely check out that page because there are some amazing gems of businesses in Wayne County that do some amazing things. They just need a shot and just need a chance just like we do."

But even back in June and July, they noticed an uptick in business every time they were featured in the Facebook group.

Williams says the Facebook publicity and the nationwide push for social justice in the wake of George Floyd's murder are part of the reason for the increase in business, even during the pandemic.

"There are more white people that are supporting black businesses more than ever. I believe that they have this understanding that they never understood before," he said.

Moore is also appreciative of that business, but doesn't want some people to take the Facebook page or Black business Month the wrong way saying, "It's not saying one is more important than the other. It's saying that I'm here too, and right now I need a little bit of help."
Report a correction or typo
Related topics:
businessgoldsborowayne countywayne county newsfacebookcarolina comebackblack owned businesslemonaderace in america
Copyright © 2021 WTVD-TV. All Rights Reserved.
CAROLINA COMEBACK 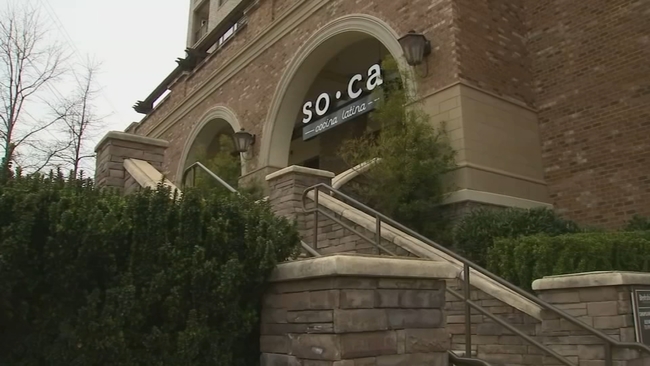 Restaurants closed by pandemic ready to reopen as restrictions lift