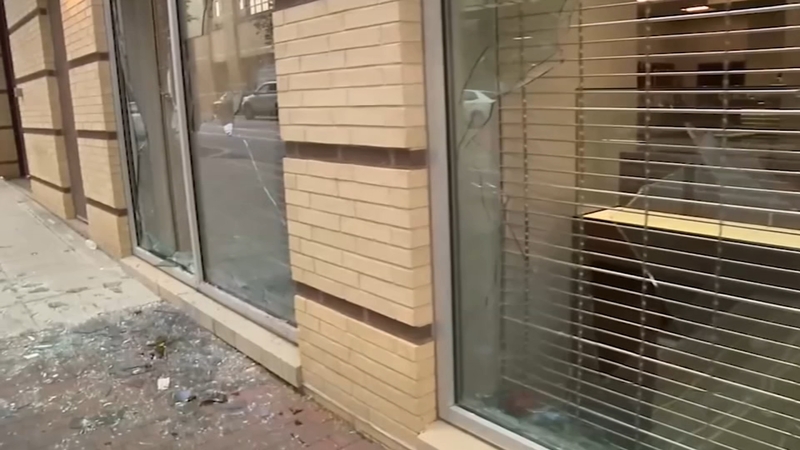 RALEIGH, N.C. (WTVD) -- When the peaceful protests ended in downtown Raleigh on the last Saturday in May, business owners watched as darkness fell and violence erupted.

"I just saw the mass destruction had started. And I also saw that they had gotten in the store by forcing their way in through the first window and they broke the small security gate," Alan Horwitz told ABC 11.

Alan Horwitz's family has owned businesses in downtown Raleigh for generations since the 1930s.

On the night of May 30, he rushed downtown, got inside his store, and armed himself as the violence continued.

He described that night as "just a nightmare."

Weeks later Reliable Jewelry and many other downtown businesses are still boarded up and owners are still trying to recover.

But Horwitz is already thinking about the future.

"I don't want my store to ever be penetrated again. And I have to upgrade my double-pane glass, which I never thought I would have to, to a special forced-entry glass," he said.

The day after, as volunteers helped with the clean-up, rumors were swirling that business owners and landlords weren't covered by insurance.

The Horwitz family owns their building and on the night of the violence, Horwitz wasn't sure about his insurance on the building or the contents.

"I didn't know the extent of the coverage honestly that we had in that we were fully protected, which is nice at the end of the day," he said, and he added, "It just doesn't take the sting out."

But at least they had coverage.

And North Carolina's insurance commissioner says that's the case with most of the damaged properties.

"The businesses that have a crime policy or crime covered under a policy are generally in good shape for any type of theft or looting that occurs," Mike Causey said.

To gain entry to the buildings, looters broke plate-glass windows.

And, Causey said, some of that broken glass may not be covered depending on the insurance policy.

"The plate glass, you have to have a special glass rider. It's limited coverage generally under a commercial insurance policy. So, if you've got a lot of plate glass, it may not all be covered," Causey said.