I-Team: Why so much cancer in local community? 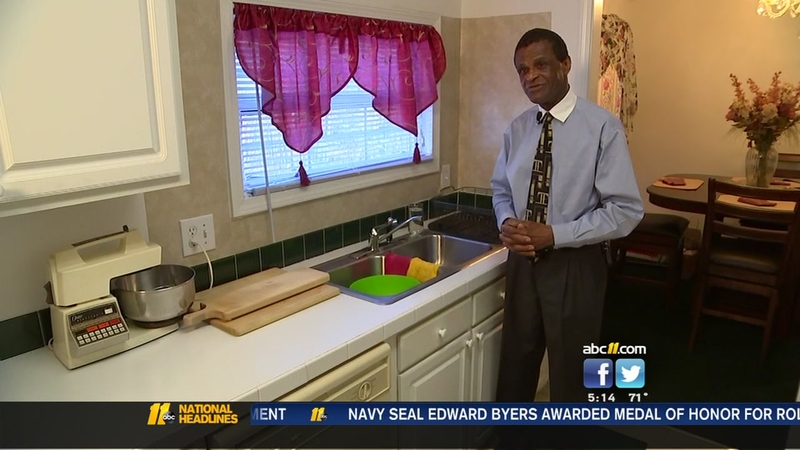 BUTNER, NC (WTVD) -- In southern Granville County, people are getting cancer. Many are dying. At a recent town hall meeting, there was story after story about loved ones, and friends and neighbors dying a slow and sometimes painful death from cancer. Residents here are upset and angry. They want to know what's killing people in their community.

Resident John Mayo is worried about the water.

"When the water is drunk, it leaves a lethargic feeling," he explained. "Slight headache. Little bit of nausea."

Mayo said he thinks it may be why so many people in Butner are getting sick.

"I just have to believe it would eventually lead to perhaps a cancer causing effect," he offered.

Mayo contacted the I-Team for help and brought people to Pine Grove Baptist Church so we could hear their stories.

Long- time resident Meriam Hatchett was there. She is one of four sisters. They've all had cancer. Two have died.

"My sister, Pat, she died from a cancer in her throat near the lymph nodes, Hatchett recalled. "It went to her major organs, and she died. And, my baby sister, she had cancer of the bladder and it went to her bones and she died."

Harvey Kozart lost his wife and mother to cancer.

"I've heard about it for years that too many people dying around the Butner area and don't know why," he said.

The state department of health wrote a letter saying there's "no evidence of a clustering of cancer causes". There's not a "higher occurrence of cancers associated with environmental factors". No further investigation is needed."

But, the people of Granville County, north of the Triangle, aren't buying it.

"There's something causing it. It's more than just a coincidence," Terry Turner said.

Our I-Team review of state cancer data shows you why people want answers.

Beginning in 2001, the rate of colorectal cancer in Granville County started surging past the state average. In 2004 and 2008, it was 70 percent higher.

Between 2005 and 2012, Granville County had the highest total cancer rate anywhere in the state. In the 2005-2009 reporting period, it was 24 percent higher than the state average.

McKellar is on the city council and used to be the town pharmacist.

"You fill people's prescriptions, and you know generally their health problems and cancer just started popping up, next door, next house after that," he explained.

McKellar survived his own bout with cancer and said people in town have a couple of theories about what may be causing it like the old vinyl factory that used to be close to downtown Butner. It was so contaminated, it became a Superfund site.

"Well, the chemicals, they were using that was hazardous. They just dumped in a pit," McKellar explained. "They leeched into the soil. And, of course, water flows in the ground just like it does above ground, and the water at that point, they tested all around the factory and that yard was condemned.

The other theory of what might be causing the cancer is Camp Butner, a World War II Army post.

"When it was dismantled they just dug trenches and put all the equipment and chemicals and ammunition. They just buried it," McKellar said.

He told the I-Team he will assemble a team of state public health and environmental experts to get to the bottom of what is causing the high rate of cancer.

"We need to help people out if they are exposed to these risks that make it more likely they are going to have cancer," McKissick explained. "We don't want people to be in a situation where their lives are compromised due to the fact that there is something that we can intervene and try to stop."

In the meantime, residents are hoping answers will come soon about the cancer mystery plaguing their small community.

"I hope we find out the truth about the facts," McKellar said. "What is going on. Then, we can seek a direction to go."

The South Granville Water and Sewer Authority (SGWASA) declined an interview with the I-Team. But sent this statement saying:

SGWASA's water quality is subject to state and federal regulation, testing, and reporting requirements. Any time a violation is noted, SGWASA promptly undertakes an investigation to address the cause of the violation. SGWASA is proud of its track record of providing safe drinking water for its customers and will continue to respond to citizen concerns.

CLICK FOR MORE ON CANCER RATES IN NORTH CAROLINA