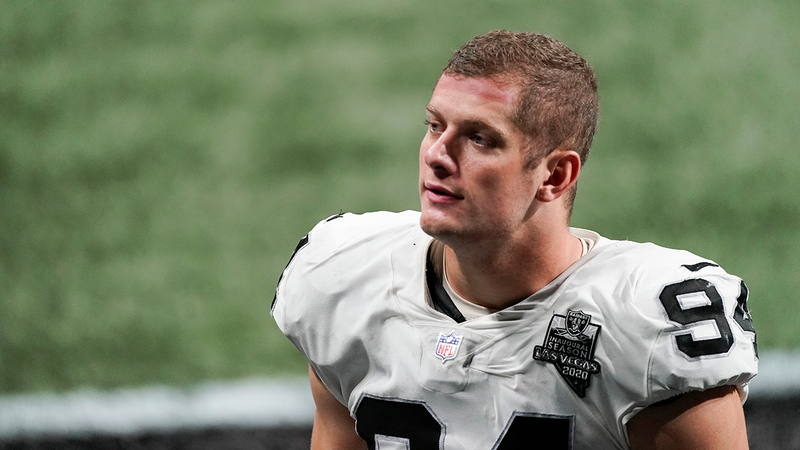 "I've been meaning to do this for a while now, but I finally feel comfortable enough to get it off my chest," Nassib said in an Instagram video from his home in West Chester, Pennsylvania.

"I think that representation and visibility are so important. I actually hope that one day, videos like this and the whole coming out process are just not necessary," he continued. "But until then, I'm going to do my best and do my part to cultivate a culture that's accepting, that's compassionate."

Proud of you, Carl 🖤 pic.twitter.com/R9aJxYFefW

Dave Kopay, who is now 78, was the first former NFL player to announce that he was gay back in 1975.

"Isn't it about time? I mean it's silly," said Kopay moments after he heard Nassib's announcement. "It was fabulous. It's been a long, long time for something like this to happen and it's joyful," he said.

Kopay says he is proud of Nassib, and that coming out was one of the hardest things he ever did.

"When I first told my mother she looked at me crying kind of hysterical, and she said, 'I created you and I could kill you right now' and I said 'what?' It was like the most painful thing I had ever experienced," he shared.