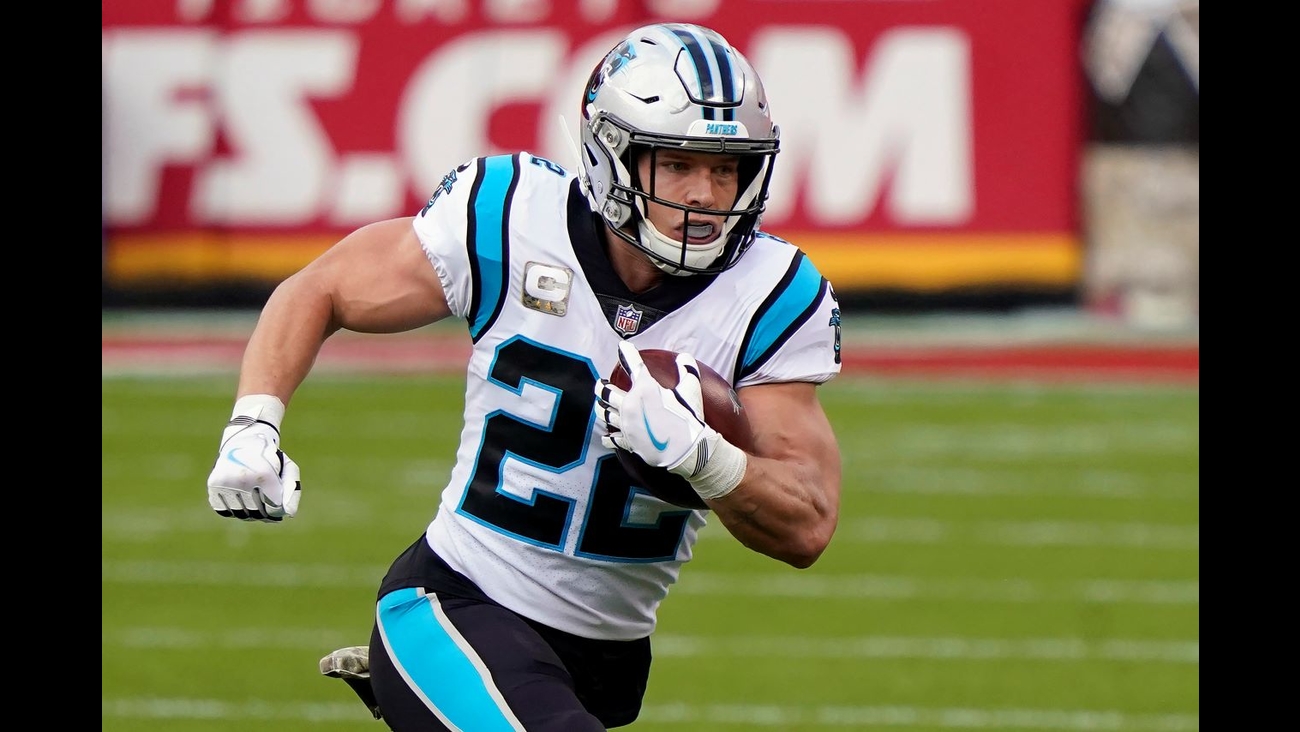 Carolina Panthers head coach Matt Rhule told reporters on Wednesday that star running back Christian McCaffrey worked out his deal Tuesday and Shaq Thompson did so on Wednesday to give the Panthers more money against the salary cap.

"I think we're just looking at ourselves as opposed to everyone else," Rhule said. "Some guys have helped us out. We've had Christian and Shaq restructure their contacts to give us more flexibility. We don't have a ton of money, but we have some that at least we're able to go out and look at the right positions.

"We're at the belief that you build through the draft, and we want to supplement through free agency," Rhule added.

The moves leave the Panthers about $30 million under the salary cap, but the team has roughly $17 million of that pegged to sign draft picks and to have on hand for the start of the season for additional moves. That leaves Carolina with $13 million to spend in free agency.

Matt Rhule says the franchise tag is a major major financial commitment for the @Panthers.

"That's how much we think about Taylor."

He adds they hope to get a deal done with Taylor Moton to keep him for a long time.

Rhule does not expect the Panthers to be big spenders in free agency after using the franchise tag on offensive tackle Taylor Moton on Tuesday. Moton will cost the Panthers between $13 and $14 million under the salary cap if he doesn't sign a long-term contract before July 16.

Carolina's key unrestricted free agent is versatile wide receiver Curtis Samuel. While he is a player Rhule would very much like to have back next season, he said he's unsure of that given cap restraints for the 2021 season; the cap has been reduced by about $16 million.

"It's a reduction from last year but also a reduction on how you were planning," Rhule said. "That is what is making (teams) make really tough decisions."

The Panthers were notified by the league they will receive two sixth-round compensatory draft picks this year.