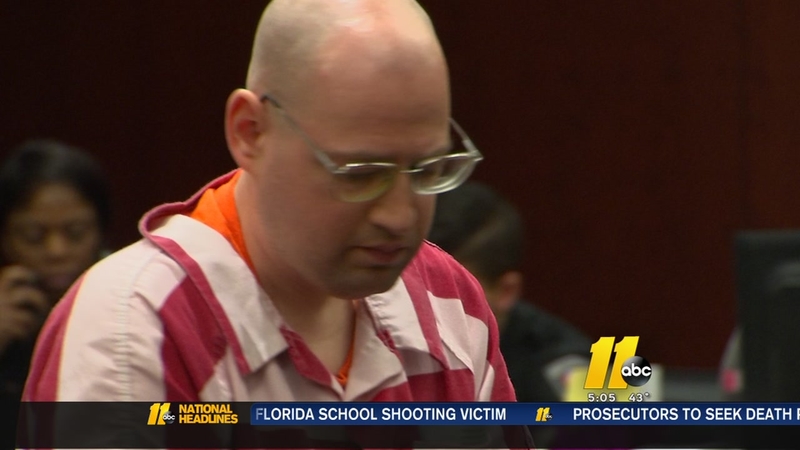 Murder suspect Eric Brunner lived with his mother, Cynthia, in a wooded area off Highway 55 in Cary.

ABC11 visited the house, which appeared unkempt. From broken gutters to cobwebs and nests littering the windows to overgrown plants cascading down the house.

The lack of care to this home may indicate the types of conditions Brunner's mother may have been subjected to.

According to arrest warrants, Brunner failed to provide his 74-year-old mother with medical care and proper hygiene. As a result, Cynthia Brunner suffered from serious mental and physical injuries.

On Wednesday, Brunner appeared before a judge on felony second-degree murder and abuse.

His attorney said he will plead not guilty.

During court proceedings, his attorney asked the judge if the suspect could continue receiving mental health treatment provided by the sheriff's office.

The request was granted.

Brunner is being held in jail - isolated from other inmates.