Historic Durham country store free to anyone willing to move it 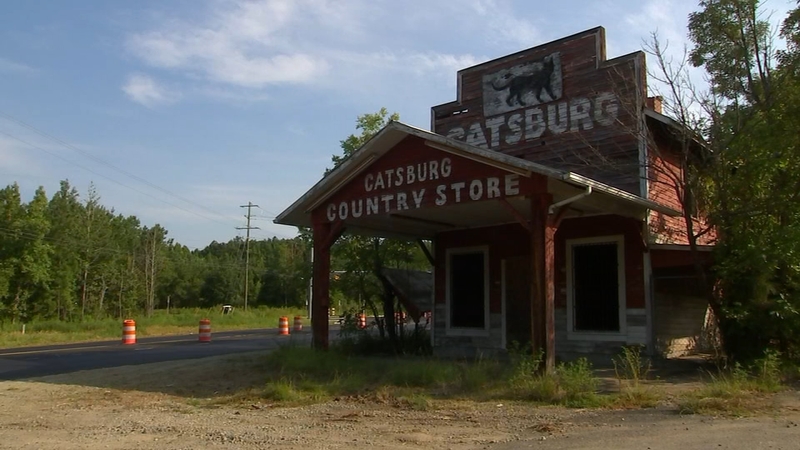 DURHAM, N.C. (WTVD) -- A beloved Durham landmark will be given away free to anyone who can move it from its current location.

The Catsburg Country Store has been idle since the 1980s and its owner is giving it away.

The store was first opened in 1920 by Sheriff Eugene Belvin.

"He was a very well-known sheriff, called Cat because he was able to sneak up on people and catch them in the act of moonshining," said April Johnson of Preservation Durham.

There are two serious offers for the store but the owner wants to hear from more people with viable ideas.

"He will offer up to $5,000 toward relocation costs, just to encourage serious people to try and take the building, move it to a different site," said Johnson. "Some people have plans to deconstruct the building and move it that way, while restoring it and replacing boards that need to be replaced."