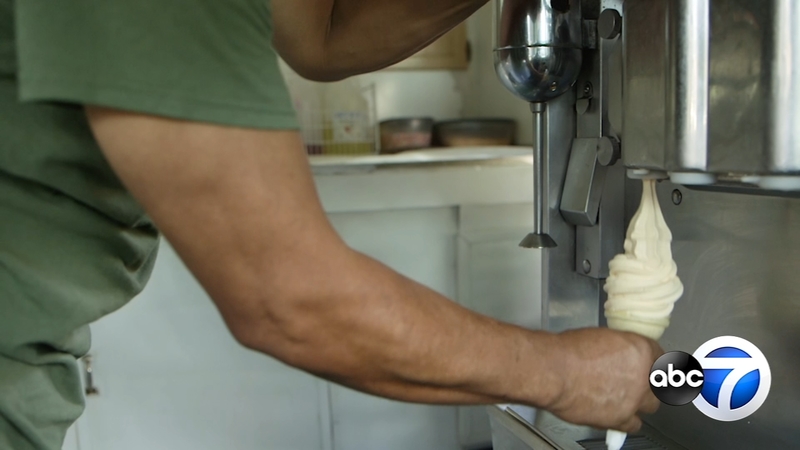 CHICAGO -- Within just a few weeks, one of Chicago's soft-serve ice cream men, Mario Nieto, needed to pay for his wife's cancer treatment, his broken-down ice cream truck, and medical care for his own heart attack. His neighborhood rallied behind him to find those funds.

"Mario is what makes Logan Square great. He's a true independent business man," said Donn Bichsel, Jr., a 16-year Logan resident and CCO of Revolution Brewing. "He's just a genuine part of our community and it's a great thing to try to be able to help him."

Nieto first opened his ice cream business in 1992 and has been continuously operating for the past 15 years.

"For me the most important thing is that enjoy the ice cream," said Nieto, who prefers shakes.

The ice cream truck had always been Nieto's second job after he wrapped up shifts at a candy factory in the city. So he would occasionally take a week off from the truck.

When Bichsel didn't see Nieto's San Luis Freeze truck for two weeks, however, he reached out and found out that the truck's brakes had broken. Nieto fixed the truck himself and planned to get back on the roads soon.

Later that week, Nieto had a heart attack. That was just to pile onto the recent chemotherapy and pending radiation treatment for his wife's breast cancer.

When the two men finally were able to meet, Bichsel realized the massive costs his neighbor had incurred. Nieto asked for a loan, never intending to ask donations.

"Every time that we reach a goal, everybody reaches out and wants to know how they can give more," Bichsel said. "We think it's best at this time to just let it organically go where it goes."

Nieto has been overwhelmed by the community support.

"Yesterday, some costumers asked me, 'Do you know how many people love you?'" Nieto said, with tears in his eyes. "This is amazing. This is amazing."