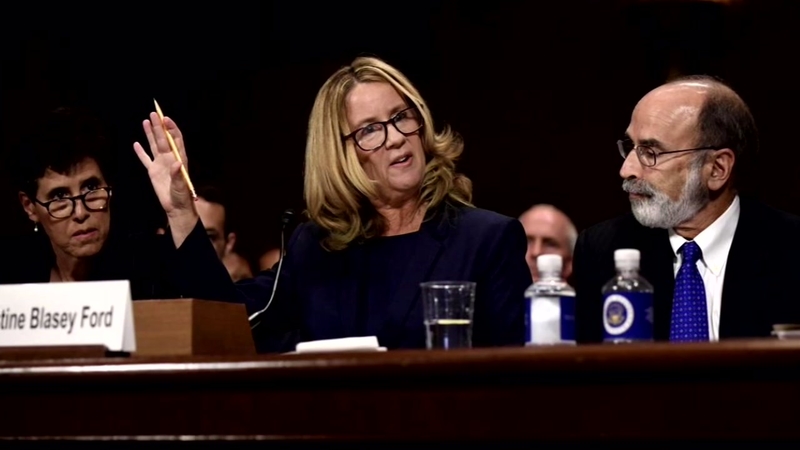 Surge in crisis line calls from Triangle since Kavanaugh hearings

CHAPEL HILL, N.C. (WTVD) -- Students, alumni, and faculty at University of North Carolina at Chapel Hill are asking to have Dr. Christine Blasey Ford recognized as a distinguished alumna.

Ford graduated from UNC in 1988 with a BA in Psychology.

On Sept. 27, Ford testified in front of the Senate Judiciary Committee on national television. Ford testified under oath that Supreme Court nominee Brett Kavanaugh sexually assaulted her when she was 15 years old.

The N&O reported that the UNC family supporting recognizing Ford as a distinguished alumna said they "recognize the inordinate courage it took for her to take the moral and ethical stand that she did in testifying about her sexual assault experience in front of the world."

The full letter can be read here.