WTVD
By Cameron Clinard
RALEIGH (WTVD) -- A rundown, dilapidated building in Raleigh has a value much higher than its current exterior would have you believe.

"St. Agnes means everything to me because of its strong history," Saint Augustine's University President Dr. Everette B. Ward said. "For many of us, St. Agnes always served as that representation of Saint Augustine's providing service to humanity beyond measure."

St. Agnes Hospital opened in 1896. It was the first nursing school in North Carolina for African Americans, and for many years it was the only hospital for hundreds of miles that would actually treat African Americans.


"It was the only hospital--at one time--between New Orleans and Washington D.C.," St. Agnes expert Irene Reynolds Clark said. "The neighborhood here was not the only area that benefited from the hospital. There were persons coming in from Virginia, from South Carolina, and other places where too there was limited medical attention for blacks."

Clark has a deep appreciation for St. Agnes. She first became interested in the building in 1976 when she began working at SAU. She said a janitor at the time was the first to tell her it used to have a hospital on campus. The revelation sparked her curiosity.

Pride is something that runs deep at Saint Augustine's University. "Falcon Pride," are the words written on banners hung high on campus light posts. That pride comes from bonds formed living, learning, and working on the tight-knit campus.

Clark and Ward are great examples of those proud connections. Clark was Ward's biology professor when he was a student at SAU. Ward was born in St. Agnes Hospital in 1958. Clark is now the expert on St. Agnes, and Ward is the university's president. Both of them are working to preserve the building and bring it back to prominence.

The first nursing school in North Carolina for African Americans is now just a shell of its former self.

"Our vision is that Saint Augustine will re-purpose St. Agnes for medical services for the community and return to our original mission of that hospital and make it available to our citizens," Ward said. "It will not be a hospital, but we have intentions to make it have a medical purpose, in many different forms, but we certainly see that as one of the anchors of this great university and something that we are committed to ensuring--is to preserve and help future generations for many, many years to come."

Ward said the revitalized St. Agnes will contain a type of museum dedicated to teaching the history of St. Agnes. That's something Clark completely supports.

"Because of the fact that St. Agnes was typical of the Jim Crow hospital at that time, it should serve as a historical site," Clark said. "I was talking to a historian not too long ago. She was saying that she thought that St. Agnes was the only so called surviving Jim Crow hospital that we have in the nation today. The rest of them have been razed; they've been wiped out. I would think that we don't want history to be so revised that persons will say, 'No that never happened. That never took place. That was never a type of hospital like that.' I would think that St. Agnes certainly could serve as a prototype of a typical Jim Crow hospital. And have in it some type of museum so that things like this can be saved, and can be saved in the setting of what that hospital was like."

Another reason behind the impassioned defense of St. Agnes comes back to pride. The original hospital was more than just a place to train nurses and treat patients, it was something created by the hands of some of the earliest St. Augustine students and faculty.

"When I look at (St. Agnes) I think about the fact that, here you have a building that was constructed by staff members--male staff members--as well as male students on the campus," Clark said. "They actually quarried the stone. They actually brought the stone from a campus quarry to that site so that they could build this. I can imagine what it must have been like to have scaffolding that led from one level to the next, as these stones were put in place. Whenever I pass that hospital I think about how did it receive its construction. And how were we so fortunate as to have students on the campus that were learning as well as doing at the same time, in terms of constructing the hospital--not only the hospital, but also the chapel too. The fact that they could know enough about stone work, know enough about carpentry, and enough about just construction in general so that we actually had a built-in staff represented by our male students and by our faculty in many cases."

The chapel Clark referred to is Saint Augustine's University Historic Chapel, which was built in 1895 and is still in operation.

Clark and Ward are far from the only people working to preserve and restore St. Agnes.

Linda Dallas, an Assistant Professor of Visual Arts at Saint Augustine's University, is spearheading efforts to raise awareness about the hospital's history and to beautify the area surrounding the building with artwork.

Dallas is project coordinator at Envision: Saint Agnes Hospital. The group recently brought thousands of artists to St. Agnes to create art that is being displayed at the N.C. Museum of History.

Dallas' group also has plans to build a new fence around St. Agnes and turn it into a public work of art.

"It's our link to the community," Dallas said.

For now, that link sits as a ragged shell of its former self. But even in its current state, those in charge of the building have not lost sight of the importance of those damaged walls and those missing floors.

St. Agnes Hospital symbolized a promise of a better future built by the hands of students and staff at SAU. Today, the hands looking after St. Agnes belong to different individuals, but those individuals are proud of what came before them and plan to be proud of what they will leave for the hands of the future.
Report a correction or typo
Related topics:
community & eventsraleighhospitalhistoryblack historycollegeblack history monthvacant building
Copyright © 2020 WTVD-TV. All Rights Reserved.
BLACK HISTORY MONTH 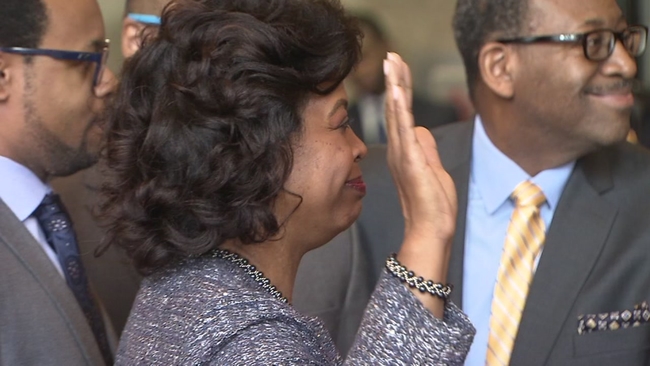 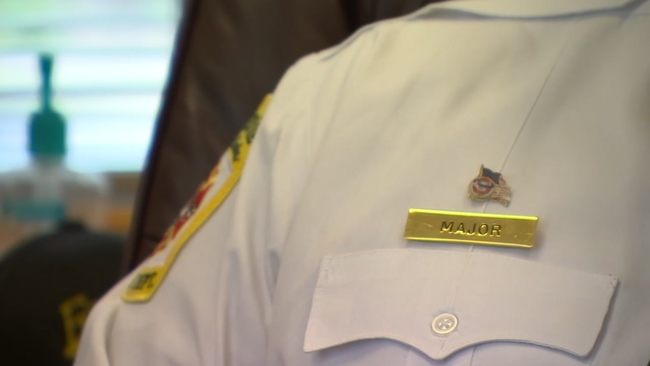 Fayetteville fire chief to retire after 35 years of service 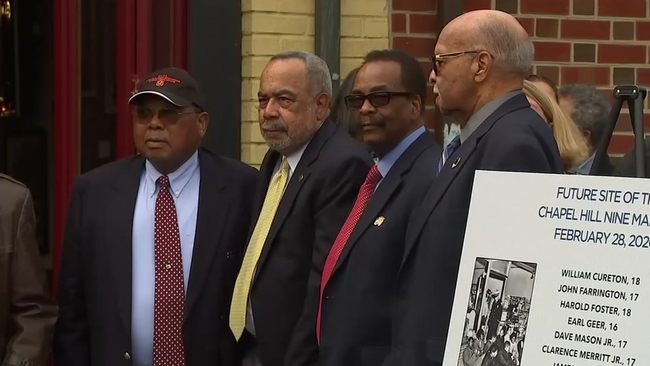 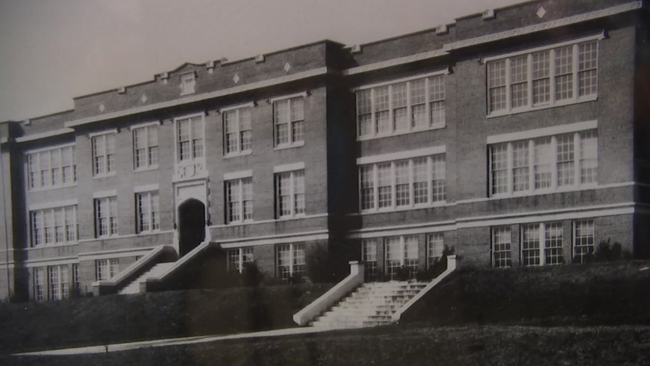