Rocky Mount woman paid $1,500 for Morgan Wallen concert but never got the tickets 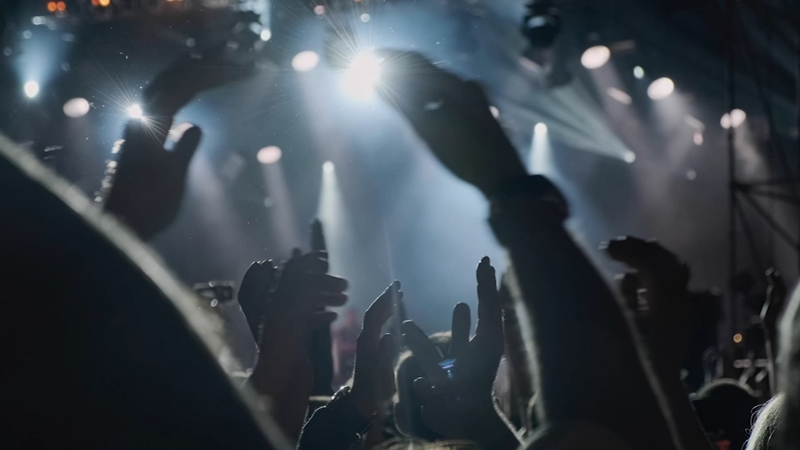 Woman paid $1,500 for Morgan Wallen concert but never got the tickets

ROCKY MOUNT, N.C. (WTVD) -- When you buy tickets to a concert, you expect there to be no problems when it comes to using those tickets, but a Rocky Mount woman learned the hard way that's not always the case.

Kate Tharin's daughter enjoys country music star Morgan Wallen's songs, so when they learned he was coming to Raleigh in June for a concert they were excited.

"I bought the tickets on November 16 and I was logged in right at 10 to get them. I got the seven tickets that are shared with a friend and we paid $1,579," Tharin said.

She thought everything would be fine as she bought the tickets last November through the online third-party ticket broker, Vivid Seats. The concert was on June 3 at the Coastal Credit Union Music Park at Walnut Creek and the week before the concert, Tharin was hopeful Vivid Seats would send her the tickets.

Hoping and waiting for tickets to arrive

"I received an email Wednesday, two days before the event, saying that the tickets would be here within 24 hours at the event and that didn't concern me too much," she said.

However, 24 hours before the concert, Tharin still didn't have any tickets. She communicated back and forth with Vivid Seats through online chat.

"They told me to monitor my email. They told me they guaranteed the tickets would be there, rest assured they'll be there, and then they finally said they would be there, within two hours of the event, which I felt like was not enough time because it takes us an hour to get there, from where we live," Tharin said.

Despite not having tickets in hand, Tharin's daughter and friends drove to Walnut Creek excited about the concert.

"Finally, after they were already there, and at the venue and about an hour before the show, they said that there were no tickets," she recalled.

Vivid Seats now saying despite Tharin paying more than $1,500 for the tickets, there were no tickets and the ladies were left to listen to Morgan Wallen from the parking lot.

"We had made all these plans for so long, and then the whole thing was just a bust," Tharin added.

Vivid Seats does have a 100% buyer guarantee and it even states on its website, "We guarantee that your tickets will be delivered in time for the event or your money back."

However, that's not what Tharin says she was offered. She says, "The only thing they offer to us was a credit, but we didn't want an almost $1,600 credit because we're not going to use them again."

The Better Business Bureau issued an alert on Vivid Seats as similar complaints have been filed.

Of the more than 4,000 complaints filed with the BBB in the last three years, nearly half have been closed in the last year.

The BBB said that since the alert, Vivid Seats is actively working to address the customer issues.

Troubleshooter Diane Wilson reached out to Vivid Seats and a representative said they looked into Tharin's case a full refund was offered as, "At Vivid Seats we support all ticket orders with a 100% Buyer Guarantee and can confirm our customer service team initially offered this customer a full refund, as well as additional credit off their next purchase."

Tharin disputes that, but after Wilson got involved, she says she was offered a full refund and also offered a $1,500 in-store credit for a future order, which Tharin says she has now accepted both the credit and full refund.

The representative for Vivid Seats added, "We have apologized for their experience which should not have happened. This kind of situation is rare, representing less than 1% of our total orders."

Tharin said she is thankful she got her money back. The best advice when buying tickets from a third-party whether online or from a person, check to see what kind of guarantee there is to protect your investment.
Report a correction or typo
Related topics:
personal financerocky mountraleighncconcertticketslive musicabc11 troubleshooterpersonal financebetter business bureauticket buying appconsumer concerns
Copyright © 2022 WTVD-TV. All Rights Reserved.
ABC11 TROUBLESHOOTER
Is your home prepared for hurricane season?
Troubleshooter tops $6M recovered for viewers
Scam Alert: You will lose your AC if you don't pay up
Falling for this fake package delivery notification could cost you
TOP STORIES
Is your home prepared for hurricane season?
Spotted lanternfly sighting confirmed in North Carolina
Wake County continues to scale down COVID-19 testing sites
Man struck by lightning near island off North Carolina
Fireworks dazzle over Dix Park, downtown Raleigh for Fourth of July
Highland Park 4th of July parade shooting survivors speak out
Renters struggle to find apartments in hot housing market
Show More
Brittney Griner writes letter to Pres. Biden pleading for his help
2 police officers shot during July 4th festivities in Philadelphia
Highland Park parade shooting victims range in age from 8 to 85
Person of interest taken into custody after 6 killed in IL shooting
Don't celebrate July 4 by shooting guns, police warn
More TOP STORIES News