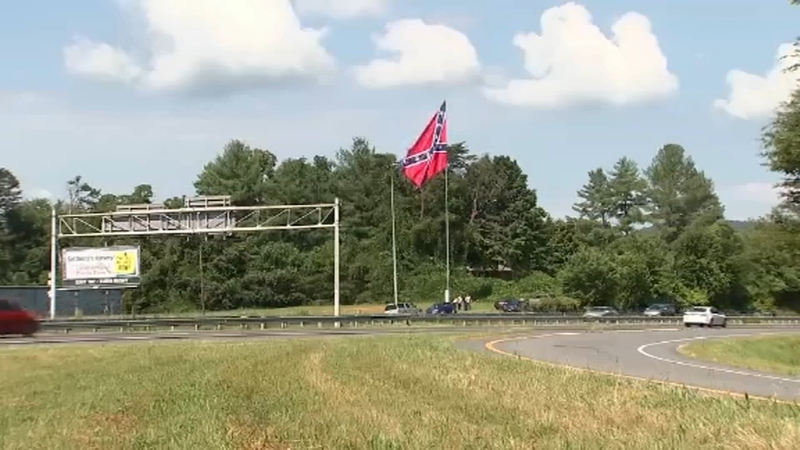 BURKE COUNTY, N.C. (WTVD) -- As the battle for the representation of Confederacy rages on in North Carolina, the Sons of Confederate Veterans raised a 20-by-30 foot Confederate flag on an 80-foot pole along Interstate 40 in east Burke County.

On Friday, members of the group took the time to replace a smaller variation with the larger flag, ABC-affiliate WSOC reports.

It is one of several to have gone up as Confederate memorials across the state have come down.

The mayor of Hildebran, a nearby town, opposes the assembly of the flag that cost nearly $800.

"I've had numerous contacts from people saying they wouldn't do business in town because of that flag -- $800 -- that could be better used to help veterans," Mayor Wendell Hildebrand told WSOC.

The flags remain on private property, preventing county leaders from removing it.