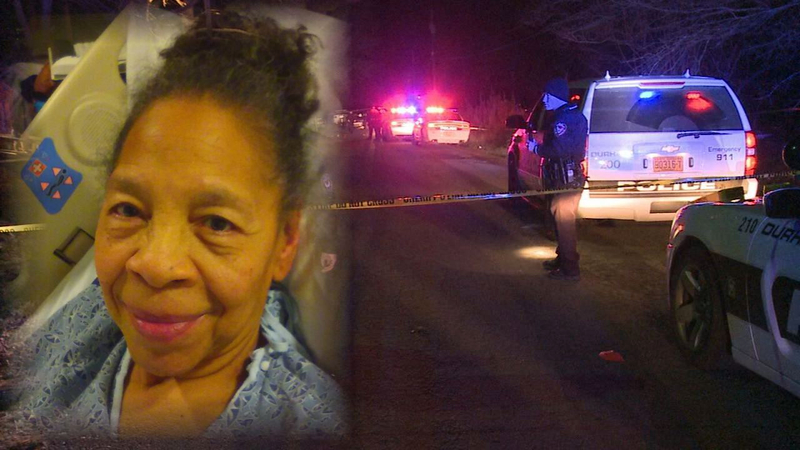 DURHAM (WTVD) -- This week marks the one-year anniversary of a shooting that caused a Durham woman to lose her leg. Friday, Gov. Roy Cooper announced a $5,000 reward for tips leading to an arrest.

"Please, whoever did this, give yourself up. Somebody knows. They are just not speaking up."

Last February, bullets flew through the Durham grandmother's home off Forrester Drive. Some of the bullets struck her legs; her left leg had to be amputated.

Last June, ABC11's Tim Pulliam caught up with Holloway as she struggled to use her prosthetic. Now, she walks on it when she's not in pain.

"Sometimes it lasts me two days, so I can't wear my leg," Holloway explained. "That's how bad it is. But I'm trying."

Holloway is also trying to figure out who would want to harm her or her family. Durham County sheriff's deputies say the shooting was targeted.

"I'm good to everybody," Holloway says. "My grandkids bring a lot of people into my home and I just welcome them so I don't know who did this."

"I don't want other people to be like me and get shot."

Before Holloway was shot last year, she had just learned to walk again after recovering from an illness that left her hospitalized.

There's a $5,000 cash prize for any information that leads to an arrest.