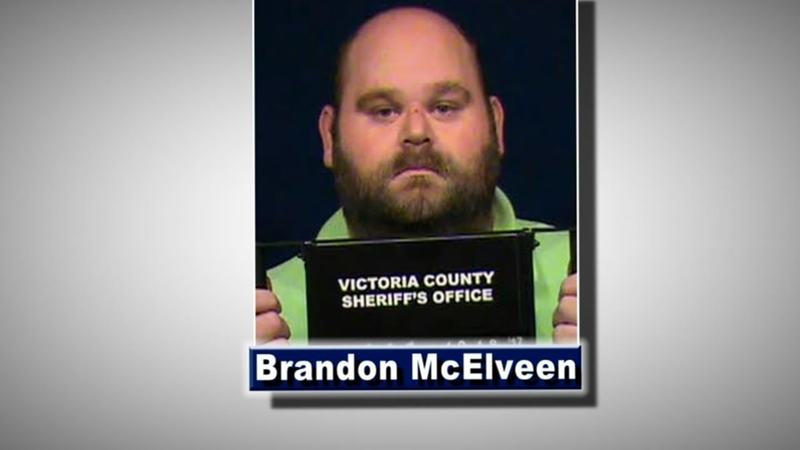 HOUSTON, Texas -- New details are coming to light as accusations mount against a former school counselor accused of indecency with a child.

Brandon McElveen, 33, is charged with three counts of indecency with a child. The charges are linked to cases involving three different young girls.

All the alleged incidents are said to have taken place in McElveen's office when he worked as a counselor at KIPP Explorer Academy in Houston.

In each case, the girls were taken out of their classrooms for alleged health checks. The allegations go back to at least 2012 and continue to as recently as this school year.

McElveen was fired once the school learned of the allegations earlier this month.

One alleged victim, an 8-year-old girl, told authorities McElveen, known to students as 'Mr. Mack' told her he was checking her body for lice and bug bites when she was in second grade. He then allegedly touched the girl inappropriately, and made her touch his genitals as well, she said.

According to court documents, a 7-year-old girl says McElveen pulled her out of class and into his office, asking if she could keep a secret because he was going to touch her 'middle part.' She told police McElveen had her sit on his lap while he touched her. The alleged abuse happened multiple times, beginning in March 2017 when the girl was in first grade, and continuing through the second grade.

An 11-year-old girl described similar incidents with McElveen, telling police she was touched in his office once or twice a week, starting when she was in first grade and continuing until she was in fourth grade. Court documents state the abuse began about the time the victim's grandmother died and continued through her parents' divorce. She said McElveen would have her unzip her pants and pull down her underwear to "check for bruises." She told police the door would be closed and McElveen would pull her off his lap anytime he heard someone approaching.

Sources said that there are more alleged victims and more charges are expected to be filed.

Take a look back at how the events surrounding allegations against Brandon McElveen unfolded.

"We are deeply disturbed by these new allegations about our former staff member. This type of behavior runs counter to everything we believe in at KIPP. Our hearts go out to any member of the KIPP community who has experienced abuse, and we encourage those who have information to contact the authorities. We will continue to support law enforcement and the District Attorney's Office in its investigation so justice is served."